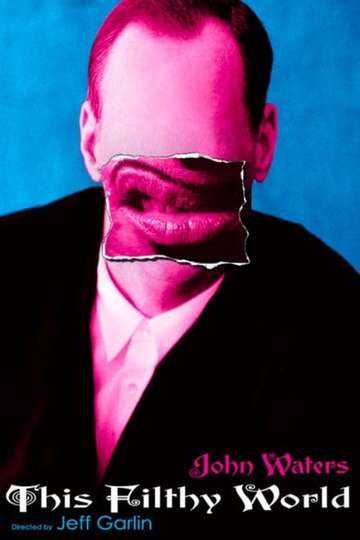 Need to watch 'This Filthy World' on your TV or mobile device at home? Hunting down a streaming service to buy, rent, download, or view the Jeff Garlin-directed movie via subscription can be confusing, so we here at Moviefone want to do the heavy lifting.

We've listed a number of streaming and cable services - including rental, purchase, and subscription alternatives - along with the availability of 'This Filthy World' on each platform when they are available. Now, before we get into all the details of how you can watch 'This Filthy World' right now, here are some particulars about the Cinemavault Releasing, Red Envelope Entertainment, Revelation Films, Filthy World history flick.

Interested in knowing what the movie's about? Here's the plot: "In this filmed version of cult film director John Waters' popular one-man show, the Pink Flamingos and A Dirty Shame director takes the stage to discuss everything from his early influences, fondest career memories, and notorious struggles against the MPAA rating system. Part endearing memoir and part hilarious lecture, This Filthy World touches on everything from the insanity of contemporary pop culture to the director's unforgettable early collaborations with inimitable Pink Flamingos star Divine." .

Star Wars: Episode II - Attack of the Clones
"A Jedi Shall Not Know Anger. Nor Hatred. Nor Love."

A Dirty Shame
"Threatening the very limits of common decency."
Divine Trash
Star Wars
"A long time ago in a galaxy far, far away..."

Star Wars: Episode I - The Phantom Menace
"Every generation has a legend. Every journey has a first step. Every saga has a beginning."
Pecker
"He never realized how far 35 millimeters would take him."

Rogue One: A Star Wars Story
"A Rebellion Built on Hope"
Serial Mom
"Every Mom Wants to Be Wanted, But Not For Murder!"
Cry-Baby
"Good girls want him bad. Bad girls want him worse."
Polyester
"It’s Scentsational!"
I Am Divine
"The true story of the most beautiful woman in the world"
Return of the Jedi
"The Empire Falls..."
Pink Flamingos
"An exercise in poor taste"

Star Wars: The Force Awakens
"Every generation has a story."
Pee-wee's Big Holiday
"He Is Back!"
Mondo Trasho
"At Last... A "Gutter Film""
Cecil B. Demented
"Demented Forever!"
Hairspray
"The world was in a mess... but their hair was perfect!!"