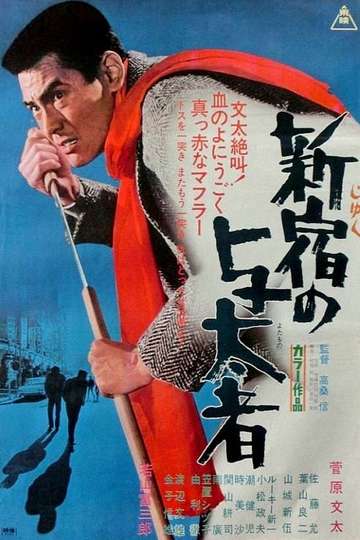 NR 1 hr 27 minCrime
Fresh out of jail, a smart-mouth wise guy Goro takes the name “Big Brother Katsumata.” Not fitting in well with established gangs, he forms a rag-tag gang called “the Shinjuku Brothers.” The members of their gang are thugs who only wish they were traditional yakuza. When they turn up at the funeral for a gangster, they are not welcomed, but a senior boss intervenes to keep things calm. The boss of bosses invites them to join a respected local council of warlords. Katsumata is suspicious of why such powerful men would extend an invitation to lowlife like himself.
Show More
DirectorShin Takakuwa
StarringBunta SugawaraMakoto SatÅShingo Yamashiro
Full Cast & Crew