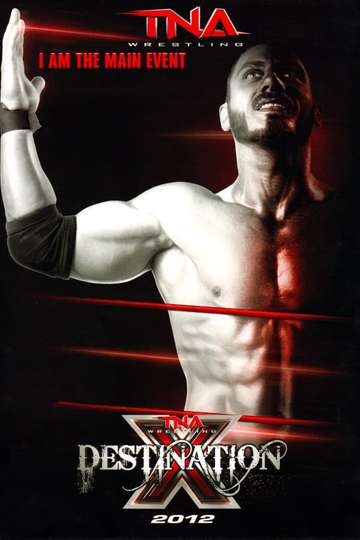 Looking to feast your eyes on 'TNA Destination X 2012' on your TV, phone, or tablet? Discovering a streaming service to buy, rent, download, or view the -directed movie via subscription can be difficult, so we here at Moviefone want to do the heavy lifting.

We've listed a number of streaming and cable services - including rental, purchase, and subscription alternatives - along with the availability of 'TNA Destination X 2012' on each platform when they are available. Now, before we get into all the details of how you can watch 'TNA Destination X 2012' right now, here are some finer points about the Total Nonstop Action (TNA) flick.

You probably already know what the movie's about, but just in case... Here's the plot: "Destination X (2012) was a professional wrestling pay-per-view (PPV) event produced by the Total Nonstop Action Wrestling (TNA) promotion, which took place on July 8, 2012 at the Impact Wrestling Zone in Orlando, Florida. It was the eighth show under the Destination X chronology and seventh event in the 2012 TNA PPV schedule. Unlike last year, the event was held inside of a four-sided ring as opposed to a six-sided ring. The main event featured at the Destination X was Austin Aries defeating Bobby Roode for the TNA World Heavyweight Championship. Other high profile matches included A.J Styles defeating Christopher Daniels in a Last Man Standing match and Samoa Joe defeating Kurt Angle in a Bound for Glory Series match. The remainder of the show hosted an X Division Tournament to determine a new TNA X Division Champion." .