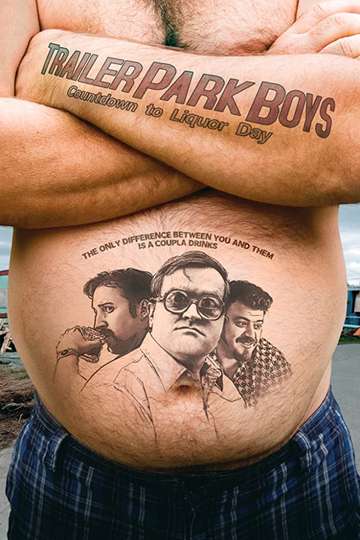 Want to watch 'Trailer Park Boys: Countdown to Liquor Day' on your TV, phone, or tablet? Finding a streaming service to buy, rent, download, or view the Mike Clattenburg-directed movie via subscription can be a challenge, so we here at Moviefone want to take the pressure off.

Released September 25th, 2009, 'Trailer Park Boys: Countdown to Liquor Day' stars John Paul Tremblay, Robb Wells, Mike Smith, John Dunsworth The R movie has a runtime of about 1 hr 41 min, and received a user score of 68 (out of 100) on TMDb, which assembled reviews from 73 well-known users.

You probably already know what the movie's about, but just in case... Here's the plot: "Ricky, Julian and Bubbles are about to get out of jail, and this time, Julian vows to go straight, even open a legit business. Soon the Boys will all be rich. At least that's what they've told the parole board. But when they arrive back at the park, they find it's not the same old Sunnyvale - and it's not the same old Jim Lahey, Trailer Park Supervisor."

'Trailer Park Boys: Countdown to Liquor Day' is currently available to rent, purchase, or stream via subscription on Netflix .

Wedding Crashers
John and his buddy, Jeremy are emotional criminals who know how to use...

Green Zone
During the U.S.-led occupation of Baghdad in 2003, Chief Warrant Offic...

Fear and Loathing in Las Vegas
Raoul Duke and his attorney Dr. Gonzo drive a red convertible across t...