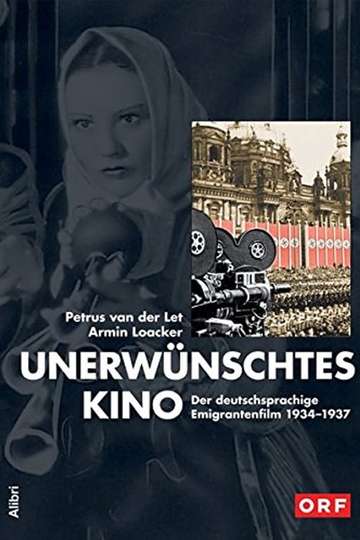 Looking to feast your eyes on 'Unwanted Cinema' on your TV or mobile device at home? Hunting down a streaming service to buy, rent, download, or view the Petrus van der Let-directed movie via subscription can be confusing, so we here at Moviefone want to do right by you.

We've listed a number of streaming and cable services - including rental, purchase, and subscription alternatives - along with the availability of 'Unwanted Cinema' on each platform. Now, before we get into the fundamentals of how you can watch 'Unwanted Cinema' right now, here are some details about the Petrus van der Let Filmproduktion, Ãšj Budapest FilmstudiÃ³, ORF documentary flick.

Released , 'Unwanted Cinema' stars The movie has a runtime of about 1 hr 30 min, and received a user score of (out of 100) on TMDb, which collated reviews from experienced users.

You probably already know what the movie's about, but just in case... Here's the plot: "The documentary shows the exclusion of Jewish film makers after Hitler took power in Germany and how this led to an independent filmproduction in Vienna and Budapest from 1934 till 1937. With previously unpublished archive material are portrayed: Hermann Kosterlitz (Henry Koster), Felix Joachimson (Jackson), Joe Pasternak, Otto Wallburg, Hans Jaray, Franziska Gaal, Rosy Barsony, Hortense Raky, Oskar Pilzer, Zoltan Vidor, Ernst Verebes."

'Unwanted Cinema' is currently available to rent, purchase, or stream via subscription on Amazon Video .