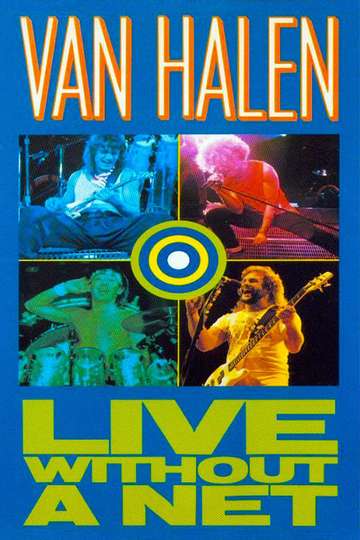 TMDb Score
71
NR 1 hr 30 minSep 15th, 1987Music
Live Without a Net is a live concert video of Van Halen recorded in New Haven, Connecticut in 1986, and released the following year. It was of their performance on August 27, 1986 at New Haven's Veterans Memorial Coliseum. The 90-minute release removed a few songs from the full performance. While the band attempted to record the previous night, audio problems prevented it from being used, although some video footage from that night would later surface in music videos. The concerts were part of the 5150 Tour, supporting the album of the same name, Van Halen's first with lead singer Sammy Hagar.
Show More
DirectorDaniel Kleinman
StarringSammy HagarEddie Van HalenMichael Anthony
Full Cast & Crew