Celeste is a 13-year-old music prodigy who survives a horrific school shooting in Staten Island, N.Y., in 1999. Her talent shines through during the memorial service when she sings a song that touches the hearts of the mourners. Guided by her sister and a talent manager, the young phenom transforms into a burgeoning pop star with a promising future. Eighteen years later, Celeste now finds herself on the comeback trail when a scandal, personal struggles and the price of fame threaten her career. 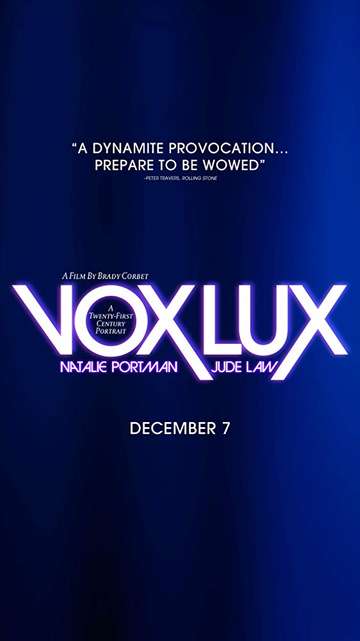 Widows
"Left with nothing. Capable of anything."
The Beach
"Somewhere on this planet it must exist."
Cold War
At Eternity's Gate

Fighting with My Family
"A comedy about a family that fights a little differently."

The Aftermath
Can You Ever Forgive Me?
"Her greatest work will be her biggest crime."
Roma
"There are periods in history that scar societies and moments in life that transform us as individuals."
Colette
"History is about to change"

Alone
"What are you running from?"

If Beale Street Could Talk
"Trust Love All The Way"

Booksmart
"Getting straight A's. Giving zero F's."
Mary Queen of Scots
"Bow to No One"

Suspiria
"Give your soul to the dance."