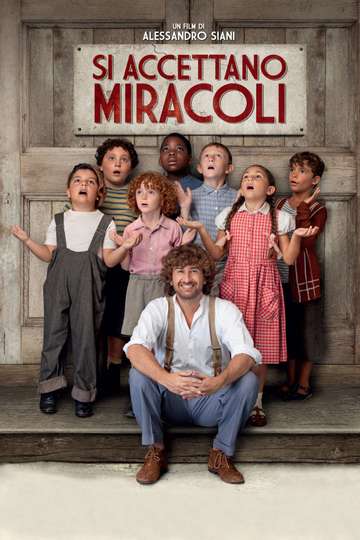 TMDb Score
59
NR 1 hr 50 minComedy
Fulvio is the only one of the three brothers to have left the village to go to work in the city. Deputy chief of staff in a large company, he dismisses people without remorse until he gets fired himself and after being jailed for beating his superior, is entrusted to his brother, who's a pastor in the village where they grew up. Forced into a place far from the modern world, Fulvio decides to help the local church in crisis by inventing a miracle that makes everyone believe that the saint's statue weeps. Tourists and pilgrims rush to the village and are filling the pockets of local businesses until the Vatican decides to send someone to certify the event. Fulvio must confess the scam, but the entire village will rise to convince the envoys of the Holy City for the veracity of the invented miracle.
Show More
DirectorAlessandro Siani
StarringAlessandro SianiFabio De LuigiSerena Autieri
Full Cast & Crew

Aspirante vedovo
A ne'er-do-well who's married to a millionnaire realizes his financial...

Stay Away from Me
Jacopo has a serious problem. He may be a brilliant marriage guidance...