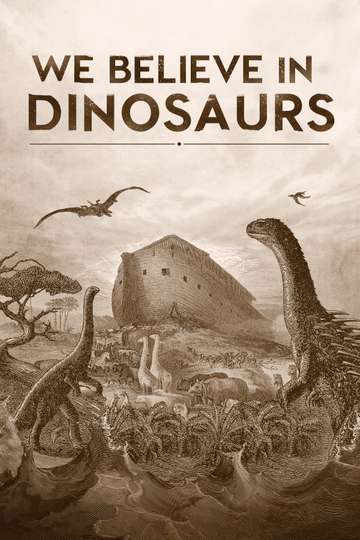 We Believe in Dinosaurs (2019)Stream and Watch Online

Need to watch 'We Believe in Dinosaurs' in the comfort of your own home? Discovering a streaming service to buy, rent, download, or view the Clayton Brown-directed movie via subscription can be difficult, so we here at Moviefone want to take the pressure off.

Below, you’ll find a number of top-tier streaming and cable services - including rental, purchase, and subscription alternatives - along with the availability of 'We Believe in Dinosaurs' on each platform. Now, before we get into the various whats and wheres of how you can watch 'We Believe in Dinosaurs' right now, here are some finer points about the 137 Films documentary flick.

Released April 13th, 2019, 'We Believe in Dinosaurs' stars The movie has a runtime of about 1 hr 39 min, and received a user score of 25 (out of 100) on TMDb, which compiled reviews from 3 experienced users.

Want to know what the movie's about? Here's the plot: "Williamstown, Kentucky, is home to the Ark Encounter – a “life-size” creationist museum filled with all of the creatures that traveled in Noah's Ark, including dinosaurs. With incredible access to the park leading up to its opening, the filmmakers expose the larger system behind the creationist movement, piecing together the many factors that have led to the museum presenting its information as historical fact, and the people who are fighting to set the scientific record straight. Amid a climate of science denial and a well-funded corporate behemoth, three Kentuckians (a local geologist, an ex-creationist, and an atheist activist) try their best to challenge the movement that is taking over their home state. Meanwhile, fervent believers work diligently to create the lifelike animatronics that will be on display in the Ark."

'We Believe in Dinosaurs' is currently available to rent, purchase, or stream via subscription on Amazon Video, YouTube, Google Play Movies, Vudu, Microsoft Store, and Kanopy .