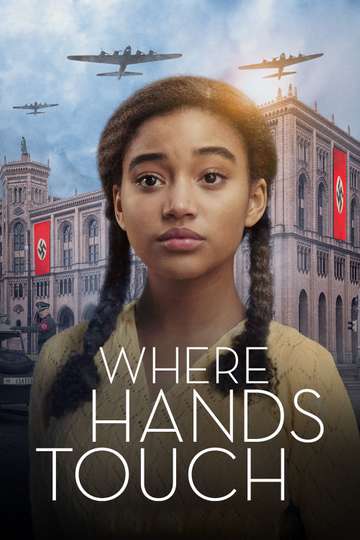 Want to watch 'Where Hands Touch' in the comfort of your own home? Hunting down a streaming service to buy, rent, download, or watch the Amma Asante-directed movie via subscription can be a challenge, so we here at Moviefone want to do right by you.

Read on for a listing of streaming and cable services - including rental, purchase, and subscription choices - along with the availability of 'Where Hands Touch' on each platform. Now, before we get into the fundamentals of how you can watch 'Where Hands Touch' right now, here are some specifics about the Tantrum Films, Umedia, Head Gear Films, Pinewood Pictures, Isle of Man Film, British Film Institute, Metrol Technology, British Film Company war flick.

Released February 17th, 2019, 'Where Hands Touch' stars Amandla Stenberg, George MacKay, Abbie Cornish, Christopher Eccleston The PG-13 movie has a runtime of about 2 hr 2 min, and received a user score of 82 (out of 100) on TMDb, which compiled reviews from 385 respected users.

What, so now you want to know what the movie’s about? Here's the plot: "Germany, 1944. Leyna, the 15-year old daughter of a white German mother and a black African father, meets Lutz, a compassionate member of the Hitler Youth whose father is a prominent Nazi soldier, and they form an unlikely connection in this quickly changing world."

Red Joan
London, England, May 2000. The peaceful life of elderly Joan Stanley i...

Never Look Away
The story of Kurt, a young art student who falls in love with fellow s...

Tell Me Who I Am
In this documentary, Alex trusts his twin, Marcus, to tell him about h...

The Hate U Give
Raised in a poverty-stricken slum, a 16-year-old girl named Starr now...

The Exception
A German soldier tries to determine if the Dutch resistance has plante...

Then Came You
An American hypochondriac who is working as a baggage handler is force...

Priceless
James, down on his luck and desperate for some quick cash, agrees to d...

Out Of My League
Marta may be an orphan, and she may be affected by a lethal illness, y...