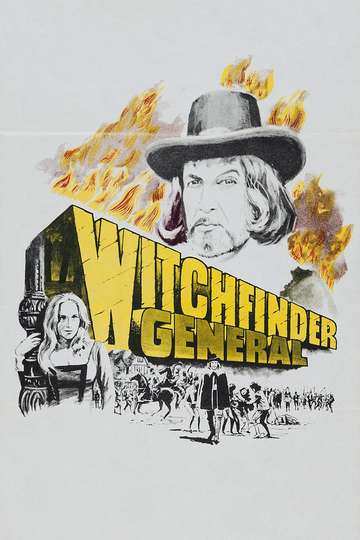 Looking to watch 'Witchfinder General' on your TV or mobile device at home? Searching for a streaming service to buy, rent, download, or watch the Michael Reeves-directed movie via subscription can be difficult, so we here at Moviefone want to do the work for you.

We've listed a number of streaming and cable services - including rental, purchase, and subscription choices - along with the availability of 'Witchfinder General' on each platform when they are available. Now, before we get into all the details of how you can watch 'Witchfinder General' right now, here are some specifics about the Tigon British Film Productions, American International Pictures history flick.

Released May 17th, 1968, 'Witchfinder General' stars Vincent Price, Ian Ogilvy, Rupert Davies, Hilary Dwyer The NR movie has a runtime of about 1 hr 27 min, and received a user score of 65 (out of 100) on TMDb, which put together reviews from 178 experienced users.

What, so now you want to know what the movie's about? Here's the plot: "England, 1645. The cruel civil war between Royalists and Parliamentarians that is ravaging the country causes an era of chaos and legal arbitrariness that allows unscrupulous men to profit by exploiting the absurd superstitions of the peasants; like Matthew Hopkins, a monster disguised as a man who wanders from town to town offering his services as a witch hunter."

'Witchfinder General' is currently available to rent, purchase, or stream via subscription on Hoopla, .