The ‘Clueless’ and 'Batman & Robin' actress discusses her new horror thriller, which opened in theaters and On Demand on January 28th. 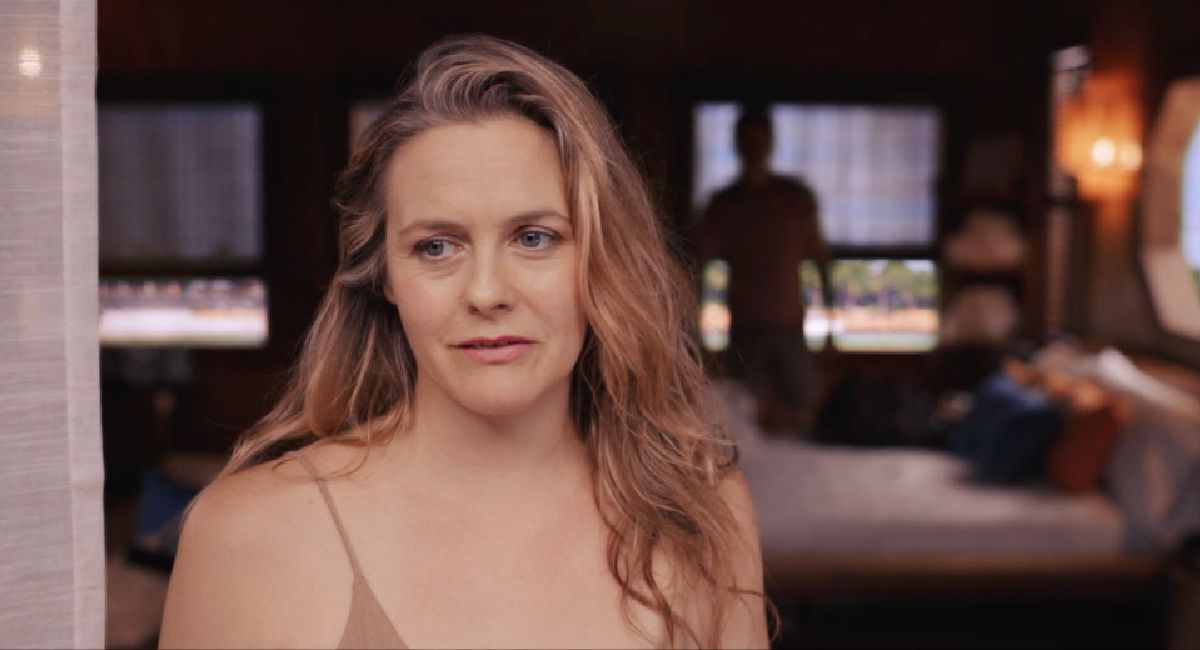 Premiering in theaters, on digital, and On Demand beginning January 28th is the new shark movie ‘The Requin,’which was directed by Le-Van Kiet (“Furie’). The film stars Alicia Silverstone (‘Clueless,’ ‘Batman & Robin’) and James Tupper (‘Big Little Lies’) as a married couple that takes a tropical vacation to overcome a personal tragedy.

Staying in a bungalow over the ocean, the couple soon finds themselves fighting for their lives when a storm carries their bungalow away from shore and out to sea. Lost, exhausted, injured, hungry, and in need of fresh water, they attempt to survive but that becomes even more difficult as a great white shark begins to circle them. Now, they must put their past aside and work together, if they want to survive.

Moviefone recently had the chance to speak with Alicia Silverstone about her work on ‘The Requin.’ You can read the full interview with Silverstone below, or watch our interview with both her and actor James Tupper in the video player above.

Moviefone: To begin with, you spend most of this movie either in the water or wet. Can you talk about the challenges of acting in those conditions?

Alicia Silverstone: Well, it's freezing and that's miserable. Every time the dear man, who was in charge of spraying me down, would come near me, I would just say, get away from me. Please get away from me. Because they have to make you wet. I would say, we don't have to be wet now. I've dried, negotiating how wet I have to be. The water was freezing. We had a freezing cold pool.

At one point, the set medic had to pull me aside and he'd taken my temperature and it was dropping really low. He was like, "She needs a break. She has to get warm." I'm face planted in the sand and they're throwing a bucket of water on my face trying to give the idea that the ocean is waking me up. I'm shivering because there's no sun, and it's just freezing. That happened a lot.

I got bruised, I got beaten, but I was so happy the whole time. It's extraordinarily challenging physically, the freezing. I was even just hurting myself all the time, pulling things from the act of survival. But in the end, every single day I was just so excited to be there.

I love Le-Van Kiet's films. He made these Vietnamese films and two of them that I saw were so beautiful. So, I was just there for that. I was so willing to do whatever, to jump into that ocean and just see what would happen and that's what I did. I actually was happy all the time. No matter how hurt I was, I was having fun.

AS: Thank you for asking that. She essentially loses her child at birth and what a traumatic experience that would be. Losing a child at any time is just the most gut-wrenching thing. So, she's got PTSD, as you would. It's really destroying her marriage. She's got rage. It's like she's experiencing this thing, and no one can understand it. Her husband isn't upset enough or he's not doing it right enough, because she's so consumed with this grief.

Then when they're on this trip, they're really trying to save their marriage. That's what they're there to do. You see glimmers of it, you see where they are coming together, and it feels hopeful again. Then you see her have another PTSD moment where she goes right back in. He cuts his foot on a rock and she's like, "Blood." She goes crazy about the blood, and that's all very real and present for her.

I think that when they have to fight for their lives, somehow all that trauma melts away. Because now it's just the new trauma. It's a new trauma and they have to just live, and she becomes a warrior. I noticed on day one that I have no muscles. I'm working on that now. I was very soft when I arrived. I exercised a little, but I'm not a Rock-type person. I don't exercise every day with muscles. You know what I mean?

I like that for this movie because It might be less interesting if I had ripped muscles everywhere. Because then it's like ‘The Terminator.’ She's not that. She's just a woman trying to make it. But I noticed that because they would say, "Can you do that?" I'd say, if I had muscles I think I could. But I don't have any, so I don't know. I would just do everything, but then I would be in pain afterwards.

MF: Finally, are you a fan of shark movies?

AS: I am not. I'm not your normal person, because I don't watch a lot of movies at all. So, I haven't seen a lot of films. The genre definitely would freak me out. I don't like anxiety. I don't want to be stressed. I get it every day. I don't need more. But I like acting in it. I want to also say I love sharks and I don't think they're so scary. I don't want one near me, but I want them to be left alone and unharmed.

I like to think she's being hunted (by the shark). The director does too, because of the environmental damage that we've done as consumers and people in the world. They're coming closer and closer, coming after us because they don't have what they need. But I think that if you like shark movies or you like thrilling adventure, this is the movie for that. People love being scared, frightened and anxious. They like that. This movie does all of those things very well, I think.