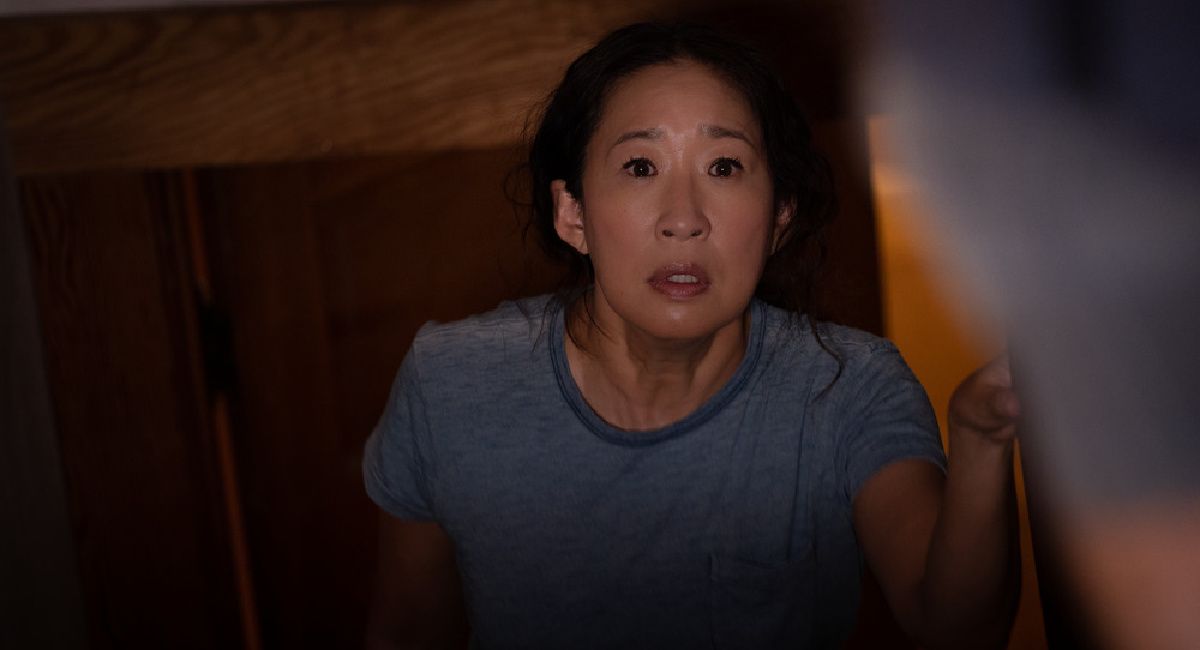 Opening in theaters on March 18th is the new supernatural horror film ‘Umma,’ which was directed by Iris K. Shim (‘The House of Suh’).

The movie stars Sandra Oh (‘Sideways’) as Amanda, a beekeeper who live off-the-grid, alone on a farm with her daughter Chris (Fivel Stewart). Amanda also suffers from a rare disease that makes her sick when she is exposed to electricity. Amanda is estranged from her own mother, and unbeknownst to her, she has recently passed away.

Eventually, her remains arrive from Korea, and Amanda begins to be haunted by visions of her own mother. In order to stop the visions, she must finally put her mother’s soul to rest, before she pushes Chris away and her greatest fear comes true … she turns into her own mother!

Moviefone recently had the chance to speak with writer and director Iris K. Shim about her work on ‘Umma.’

You can read the full transcript of the interview below or watch the video by clicking on the player above.

Moviefone: To begin with, can you talk about the process of developing the screenplay and the themes that you wanted to explore with this movie?

Iris K. Shim: I set out to write a contained horror film. It's something that I thought that I would be able to make as my first narrative feature. Really, I was pulling on my own experiences of grappling with my identity and my place in this world, both as a Korean and as an American. So, that was really the first steps into the story.

But then once I started really developing the relationship between mother and daughter, so much of that really came into play in terms of this idea and fear of turning into your mother, which is so universal. I think each culture has its own baggage in terms of what that means. So, the themes of motherhood I know are very present in the horror genre, and we were able to really explore that theme through a more specific lens.

IKS: I always thought of Chris and Amanda's relationship as the prequel to ‘Grey Gardens’, and the fact that they actually do really enjoy each other's company. They are actually friends. They're very close. So, the veneer of this relationship seems loving and healthy at first, but you start to realize that it's so codependent that they are unable to have their own identity outside of each other. You start to realize that this is not a healthy relationship.

Really, the big irony for Amanda's character is that she has gone to the extremes to not become her mother, even so much that she subconsciously has developed this fear around electricity because she is so desperate to create a life for her daughter that is different from her own upbringing.

But the irony in that is she has created a world that is very much similar to her own upbringing, in terms of that codependence, extreme relationship. So, when Umma's remains appear at the farm, it really is the thing that they need in order to really learn to resolve their own issues and to be able to form their own identity apart from each other.

MF: Can you talk about casting Sandra Oh and Fivel Stewart in these roles?

IKS: We had text Sandra Oh first, and she was really just my dream actress. She was the person that I wrote the script for, hoping that we might be able to get her. When she signed on, it was really about trying to find the right actress, and so we did some chemistry reads with some young actresses. There really was this spark and connection between Fivel and Sandra.

Also, Sandra is such a generous actor that she really wanted to spend the time with Fivel to create their own relationship, where they could feel that closeness and that fondness for each other that would just naturally and organically show on screen. So, they did a lot of work together and spending time together, and by the time that the cameras were rolling, it really did feel like they were their own little unit together.

MF: Finally, why did you choose the horror genre as the vehicle to tell this particular story? Are you a fan of horror movies?

IKS: No. Actually, I didn't really grow up as a horror fan. I get scared very easily and I'm not really a big fan of the slasher genre. The kind of horror that I really gravitate towards is the psychological. I have a psychology undergraduate degree, and so I think just naturally, I have this curiosity of what goes on in people's minds.

Definitely in terms of the horror genre, to me, what's always scary is when it's happening in your head and when you have this loss of self, or identity or even just madness. "Am I going crazy? Am I the only one seeing this?" There is this supernatural element to this story, because so much of it is what is going on in Amanda's head and who is she becoming, and how much of her identity is being fractured? That's definitely the kind of horror films that I gravitate towards.