Mischa Barton Hated 'Awful' 'DWTS': 'It's Like The Hunger Games' 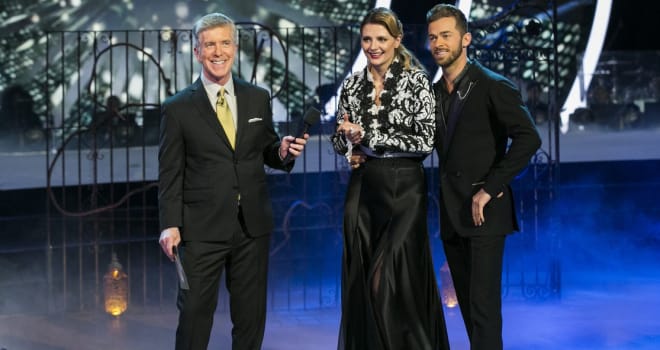 But tell us how you really feel!

"The O.C." alum "Dancing With the Stars" Season 22 in the spring of 2016. The only reason she didn't go first is because Geraldo Rivera is one of the worst dancers of all time. Mischa was clearly unhappy, and she did not hide that unhappiness in a recent interview with The Ringer, where she slammed the show and her pro partner Artem Chigvintsev.

Here's part of her talk with Allison P. Davis of The Ringer:

"Ugh," she shudders when I bring up her recent, fairly unsuccessful run on Dancing With the Stars. "I had no idea it would be so bad."

"I got told off by my dancer. I was supposed to control the costumes, I was told that I could do the design aspect of it, that's kind of the reason why I agreed to do it," Barton says. The DWTS team had been making her an offer for years, Barton says, but she held out until she could have more creative control. "That didn't happen. It wasn't collaborative like a choreographer on a film set. ... I was so confused by it. It was like The Hunger Games. It was all a popularity contest. It was awful. I was so glad to get kicked off."

Hey now, Katniss would not appreciate comparing "The Hunger Games" to a popularity contest. That was more about skill. DWTS has judges and their scores are meant to balance out the audience vote, so it's not purely about popularity. Mischa and Artem did have the lowest score in the week they were eliminated, but it was Mischa's attitude that seemed to sour the experience:The Ringer said ABC did not respond to a request for comment on Barton's claims. Celebs have their own contracts, and special requests, but they don't usually have control over their costumes or the pro's choreography.

Barton did put on a brave face at the end. Before her elimination, she told TV Guide her enjoyment of DWTS "wasn't really represented" in the editing, "but it's really fun. That's not the angle you ended up seeing. I'm loving it."

DWTS will put more contestants through this dancing "Hunger Games" when Season 24 premieres in March 2017.