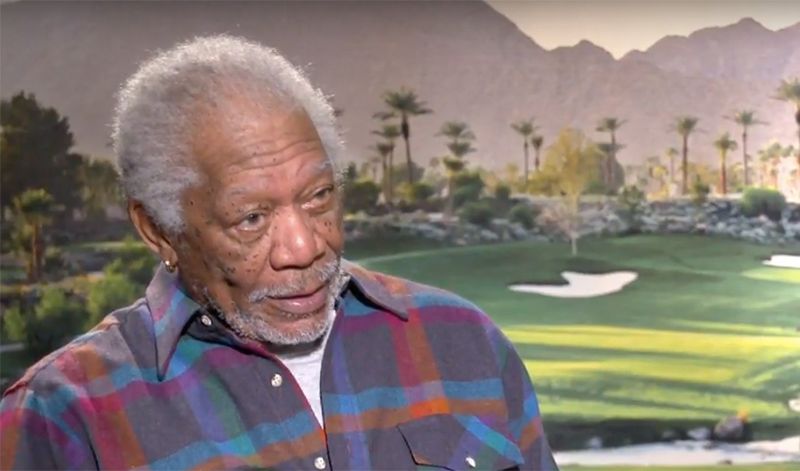 Morgan Freeman from Just Getting Started

It may be a retirement community, but there's nothing retiring about Morgan Freeman and Tommy Lee Jones as they fend off a murder plot and fall for the same woman, Rene Russo, in "Just Getting Started," a star-studded comedy from the creator of "Bull Durham."

"It's a crazy good cast," Russo tells Made in Hollywood reporter Patrick Stinson. "It's thrilling to be able to work with people at the top of their game. It's a little intimidating. I'm intimidated by these guys. I'm not usually intimidated working with guys, but I was with these two."

Written and directed by Ron Shelton, "Just Getting Started" has Freeman playing Duke Diver, living the high life as the freewheeling manager of a luxurious resort in Palm Springs, California, who suddenly faces competition from Jones' Leo, a former military man.

"I love Tommy Lee. I've always loved him," says Freeman "He's a terrific actor. I've never seen him make a false move on screen. He's a really earnest human being. You see a lot of that in his roles."