‘Pinocchio’ Fails to Capture The Magic Of the Animated Movie

Robert Zemeckis and Tom Hanks reunite for a live action/CG take on the puppet story, but there are plenty of strings on it. 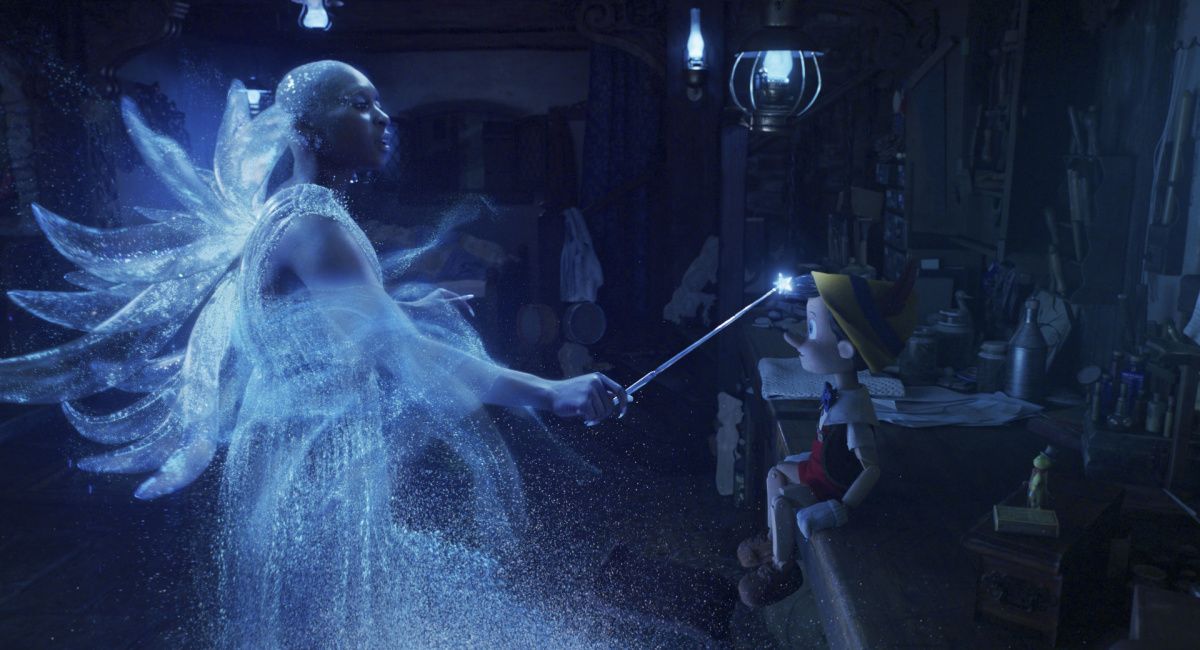 Premiering on Disney+ on September 8th, Disney+ Day, the studio’s new version of ‘Pinocchio’ continues its drive to make newer, live-action versions of its animated output.

Unfortunately, in the case of ‘Pinocchio’, the result is one of the much lesser examples of that effort. And that’s even more surprising given the pedigree of people behind and in front of the camera.

Robert Zemeckis is no slouch when it comes to movies, having made the likes of the ‘Back to the Future’ trilogy, ‘Forrest Gump’ (which won, let’s not forget, six Oscars), ‘Contact’, ‘Death Becomes Her’, ‘Flight’ and more.

While he’s had a few misses in his time (‘Welcome to Marwen’ and his remake of ‘The Witches’ didn’t feel the critics’ love and didn’t do much for audiences either), he’s a proven talent. And his collaborations with Tom Hanks – ‘Gump’, for which Hanks was amongst the Oscar winners – and survival drama ‘Cast Away’ are still considered classics.

It’s even more disappointing to report, then, that ‘Pinocchio’ is such a dud that has the whiff of corporate requirement that feels less like it has fairy dust sprinkled over it and more like it was pumped out by a machine.

There are a few tweaks here and there, but this new telling of the tale follows the basic points of the original. Widowed carver Geppetto (Hanks, slathering on prosthetics and a strange accent for the second time this year after ‘Elvis’) is still grieving the loss of his son.

He’s become a shut-in, refusing to sell most of the items in his shop and creating a new child in the shape of a puppet he names Pinocchio because the toy has white pine wood in his head.

And just a cricket arrives seeking shelter in the shop (the Joseph Gordon-Levitt-voiced Jiminy), a fairy arrives to grant Geppetto’s wish that the puppet lad comes to life.

It’s here we should note that Cynthia Erivo, with her typically lyrical, powerful singing voice, is one of the few bright spots of the movie, effortlessly charming in a small role. With Jiminy assigned as the wooden boy’s conscience, the story proper can kick off, as Geppetto bonds with his new “child”, who can now talk and move without need of strings (‘The Haunting of Bly Manor’s Benjamin Evan Ainsworth provides his voice).

Yet realizing that he’ll need to learn to socialize with other, human children, Geppetto encourages Pinocchio to attend school, which does not go well. Instead, he’s encouraged by wolfish, shady theatrical agent Honest John (Keegan Michael-Key) to pursue fame.

From there, he’s soon part of a traveling puppet show run by the alternately enthusiastic and cruel Stromboli (Giuseppe Battiston), who takes him on tour. And he also falls afoul of The Coachman (Luke Evans, in a much less meaty role than his ‘Beauty and the Beast’ Gaston), who promises to whisk him and other kids away to Pleasure Island where the unfortunate kids indulge, only to transform into donkeys headed for the local mines.

All this proceeds in roughly similar fashion to the animated version, but while that 1940 movie has long since entered the classic canon, this new ‘Pinocchio’ seems destined to do little than take up space on Disney’s streaming servers.

A big issue is the CG for Pinocchio and his various friends (including Geppetto’s pet fish Cleo and kitten Figaro), which look to ape the cartoon examples, but come across as cheaper, quickly pumped out efforts that have little of the charm of the originals.

While hewing close to the design of the 1940's 'Pinocchio,' the update has wood grain and texture that you can only achieve in 3D, but he doesn’t have the same charm.

Hanks, meanwhile, does his best to inject life into Geppetto, yet the effect is more of someone on a ‘Saturday Night Live’ skit than a solid recreation of a landmark Disney title.

Some of the performances – Key as Honest John, for example, and the sweet-natured Fabiana (a puppeteer brought to life by newcomer Kyanne Lamaya) make an impression. Fabiana, for example, is one of the new additions, who makes a connection with Pinocchio and provides some real emotion in a movie that largely struggles to generate it.

In terms of other additions, there is Sofia the seagull (Lorraine Bracco), who has a couple of moments with Jiminy but makes little impact.

Possibly most disappointing of all is the finale, which goes through the sea monster motions as Geppetto looks to save Pinocchio only for the puppet boy to help him out instead, and then hand waves away his ultimate wish in a seconds-long wrap up from Jiminy. It’s more frustrating than magical, as though Zemeckis and co-writer Chris Weitz (with ‘Paddington’s Simon Farnaby also credited) couldn’t be bothered to truly finish the story.

Many of the classic songs are present and correct (plus a couple of new tunes, one from Fabiana) and while Erivo knocks “When You Wish Upon a Star” out of the park, most of the others are unremarkable.

There are several things you might wish upon a star to improve in this latest Disney movie, and you can see why the company chose to punt it straight to streaming (unlike, say, the Pixar productions 'Soul' and 'Turning Red,' which both deserved a theatrical release).

We fear it’ll take more than one fairy’s worth of magic to turn this one from a wooden effort into a real, live movie.

‘Pinocchio’ receives 2 out of 5 stars.