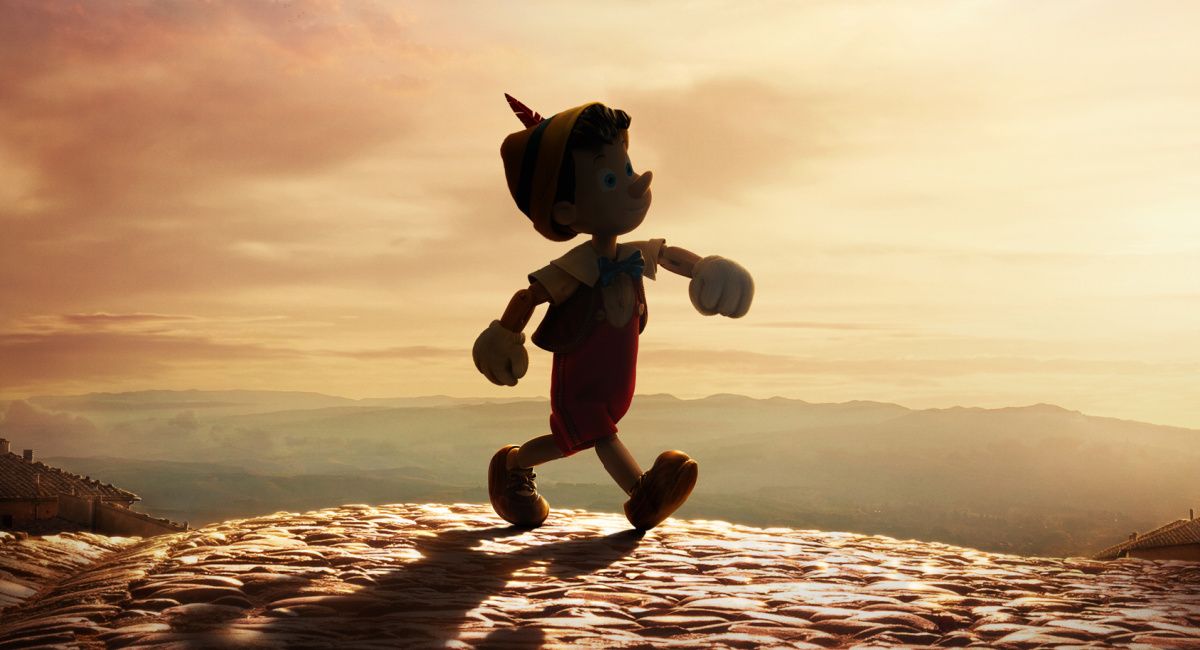 Continuing its efforts to mine its entire animated canon to fuel new movies that blend live action with CG, Disney has been planning for a while to bring puppet picture ‘Pinocchio’ into that group.

It presents quite the challenge: the 1940 original is a beloved example of animation that won two Oscars and introduced a batch of memorable music to the world.

Still, ‘Forrest Gump’ and ‘Back to the Future’ director Robert Zemeckis decided to take on the task, bringing his ‘Gump’ star Tom Hanks along for the ride and co-writing the script with Simon Farnaby and Chris Weitz. As you might expect given that this hews closer to the Disney original than Carlo Collodi’s darker source material, this is the tale of a wooden puppet who embarks on a thrilling adventure to become a real boy.

Hanks stars as Geppetto, the wood carver who builds and treats Pinocchio (voiced by Benjamin Evan Ainsworth) as if he were his own son. Joseph Gordon-Levitt plays Jiminy Cricket, who serves as Pinocchio’s guide as well as his "conscience" while Cynthia Erivo is the Blue Fairy, who considers the wooden boy’s wish.

One the less friendly side, we have Keegan-Michael Key as "Honest" John the fox, Lorraine Bracco as Sofia the Seagull (a new character), and Luke Evans as The Coachman.

Also in the cast are Kyanne Lamaya as Fabiana (and her marionette Sabina), Giuseppe Battiston as Señor Stromboli and Lewin Lloyd as Lampwick.

Though the title is “Pinocchio”, this latest look at the movie certainly seems to be putting Hanks’ Geppetto front and center, which is perhaps not so surprising given that he’s the biggest name in the cast, and this marks his latest reunion with the director. The wooden character barely shows up here, reduced to a small moment at the end.

‘Pinocchio’ is a popular story of late, with at least two other versions in the works. Probably the biggest other example is Guillermo del Toro’s movie, which promises to dive more deeply into the horrific elements that make up Collodi’s moral fable. That one won’t be out until December via Netflix, but features the likes of Ewan McGregor, ‘Stranger Things’ Finn Wolfhard, Cate Blanchett, Tilda Swinton, Burn Gorman, Christoph Waltz, John Turturro, Ron Perlman, Tim Blake Nelson, and David Bradley lending their voices.

As for Disney’s movie, the new trailer is also the studio’s way of confirming its release date – though given the presence of Zemeckis behind the camera and Hanks in front of it, you might assume it’ll be in theaters. Instead, the studio is targeting this one for a Disney+ debut on September 8th.

That is also this year’s Disney+ Day, when we can expect a variety of other premieres and announcements, though it’s also the day for D23 Expo: The Ultimate Disney Fan Event, which happens in Anaheim and will have its own line-up of news about forthcoming Disney movies and shows.