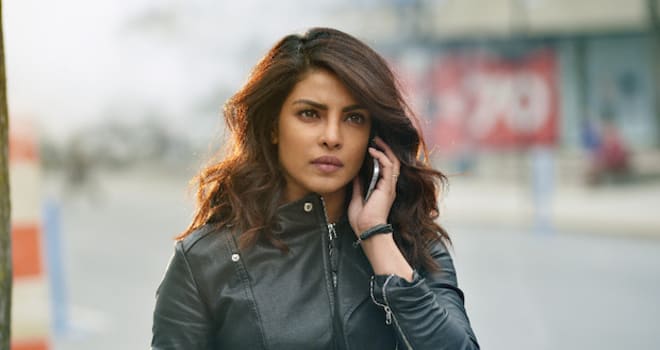 "Quantico" star Priyanka Chopra has suffered a concussion while filming on the set of the ABC FBI drama.

TMZ reports that the actress was hospitalized after slipping and hitting her head during a stunt. Sources tell the site that she was treated and discharged a few hours later. She is resting at home.

Production has not stopped on "Quantico," however. A source told Variety that the show is shooting scenes without Chopra and that the actress is expected to return after the weekend.

In "Quantico," Chopra stars as Alex Parrish, an FBI recruit who had to prove her innocence after she was suspected of bombing Grand Central Station in New York. After averting another attack, Alex cleared her name, and in season, goes undercover at the CIA. "Quantico" returns with new episodes Monday, Jan. 23.