The creators of the popular comedy discuss their new revival series 'Reno 911! Defunded,’ which premieres on the Roku Channel February 25th. 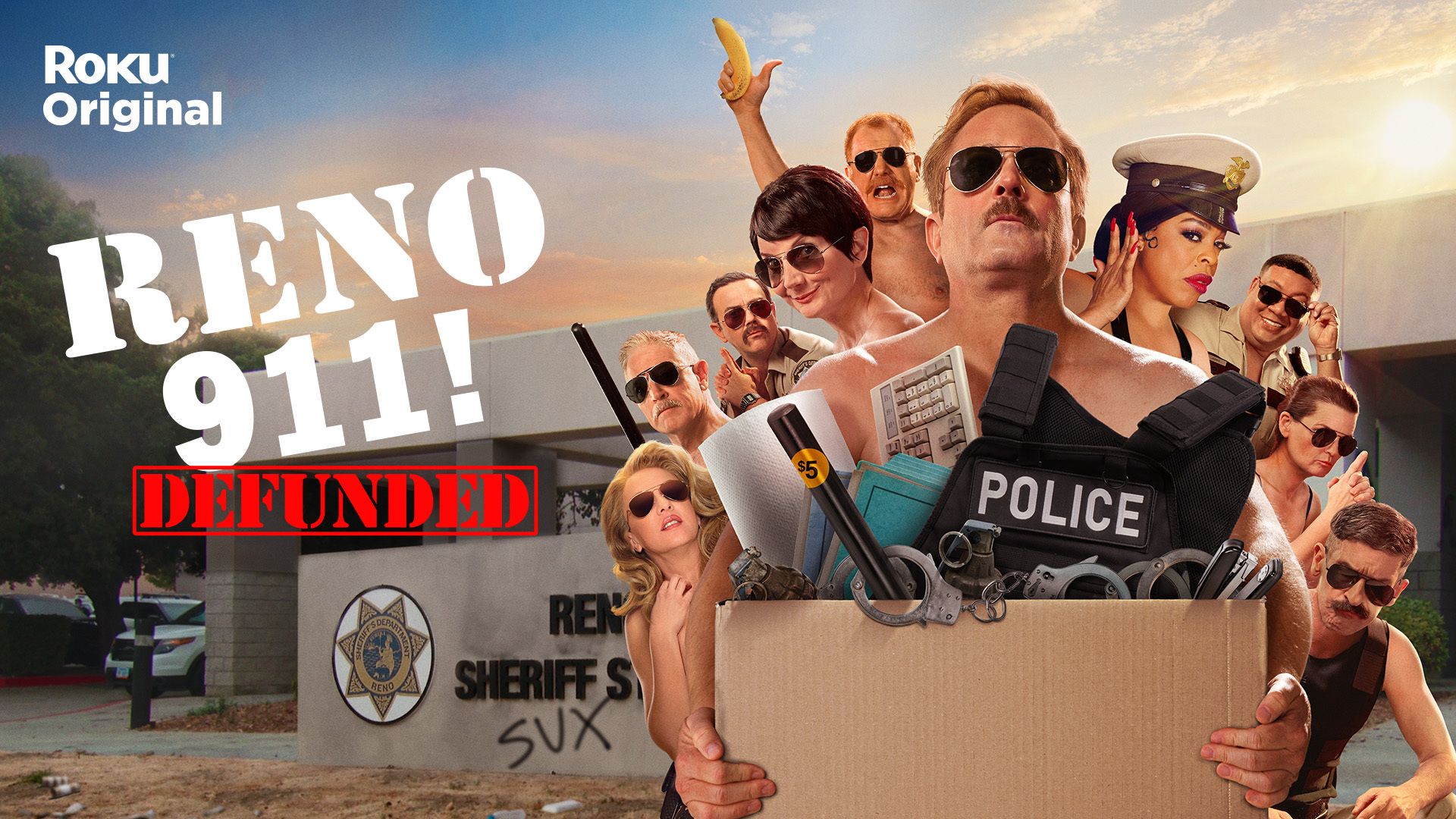 Premiering on the Roku Channel beginning February 25th is the ‘Reno 911!’ revival series, 'Reno 911! Defunded.’ The series will serve as the eighth season of the show, which originally ran on Comedy Central from 2003-2009, and then on Quibi in 2020.

Moviefone recently had a chance to speak with Thomas Lennon, Robert Ben Garant, and Kerri Kenney about their work on 'Reno 911! Defunded.’

You can read the full transcript of our interview below or watch the video in the player above.

Moviefone: To begin with, there were 11 years between season 6 and season 7, when the show moved from Comedy Central to Quibi. What was it like to return to these characters after such a long break between seasons?

Kerri Kenney-Silver: I think we were afraid at first. Like, is this going to work? This has been a big break. But then we quickly realized, oh, that's right, this genius cast has only gone out in the world and gotten bigger, and stronger, and better. We came back, put on the same outfits and within five seconds, we were back. We started the show 20 years ago in the year 2000. So, we had been doing this. This was in our DNA. It was quick, and it was such a joy.

Robert Ben Garant: It's crazy. It's been a long time and it's all improv. So, it's a lot to rely on your cast to do. We have some jokes for them, but mostly everybody is creating their own dialogue in every situation. So, if people had been rusty or if the chemistry wasn't there, we wouldn't have anything at all. That very first day after coming back, it had been more than 10 years and Wendy and Kerri were just in it. The biggest problem is people laughing and that's a great. So, it was great. It was very scary until it happened. As soon as we took off, it was a total blast.

MF: The series is completely improvised, so when other actors come on the show, how do you explain to them exactly what you need them to do to make the scenes work?

Then at the other end of the spectrum, Jamie Lee Curtis reached out to us and said she wanted to be in short shorts like Tom and with an eye patch. That's all we knew. She came in and started bossing us around. So, it really is improv. Like we have a structure sometimes, but with Jamie Lee Curtis, we didn't have anything. She came in and just started yelling at us and making Kerri go under the table.

KKS: Generally, with guest stars we'll ask them like, what do you want to wear? Who are you? Who do you want to have in the scene with you? Do you need an explosion? Is there any, and then it's improv.

MF: Thomas, is there any subject that is off limits?

Thomas Lennon: As far as I can tell, it doesn't seem like there is. Like on paper, there's an astonishing number of inappropriate things that no TV show could or should talk about that we sort of do very casually.

RBG: We made the decision, because it was a big decision, no COVID. We talked about it, like are the background people wearing masks? Are we going to do any of that? And we just said, "No, this is a universe where that's not existent." We also made the decision, no Trump. So, we had Weird Al Yankovic play Ted Nugent. So, any of our political energy went to that.

KKS: We weren't doing those things because they were taboo. We didn't want to date a season. We wanted you to be able to watch years from now. But also, we wanted people to have a break from that. It felt like everything was about COVID. Like, who wants to look at masks anymore? Who wants to hear about Trump right now? So, that was really the reason. It wasn't because like, oh, that's too hot a button.

MF: What can fans of the original series expect from 'Reno 911! Defunded?’

TL: We got sort of lucky in that the police were in the headlines every day, all day. So, if you're in the business of writing a comedy show about cops, they just kept giving us three by five cards to put up on the wall of` more crazy stuff. But I mean, it didn't really change the kind of stuff we do, but some stuff got a little specific.

There's way more material we started doing about Karens and the idea of Karens, that became a big thing. Then also, one of our running jokes was to see who would say what our lowest salary was. If you watch episodes of ‘Reno 911!,’ the cops are always like, "Well, I made almost $9,000 last year." We never had a lot of money, but I think we took it really far with this season.

I think that's twofold, one because there was COVID and we couldn't really have that many guest stars, but also there was so much subject material just about police trying to get through their day without toilet paper. There’re all these new rules, and you got to take away our tank. It was a lot of us playing to our strengths with material that was fresh in everybody's mind. We didn't have to pretend we were good at something, which was a relief. I don't know what we would've done.

KKS: We had never done before the concept of a riot. That was so big in the news at that very second. So, that was sort of tailor made for us being locked together in a space, like what happens when there's a riot outside the station?

'Reno 911! Defunded' premieres on the Roku Channel on February 25th.

The 17 Best and Worst TV Roommates of All Time