Episode 2 of She-Hulk brings us familiar faces from Marvel’s past and the chaos they cause, with hints at what could be coming in its future, claws and all. 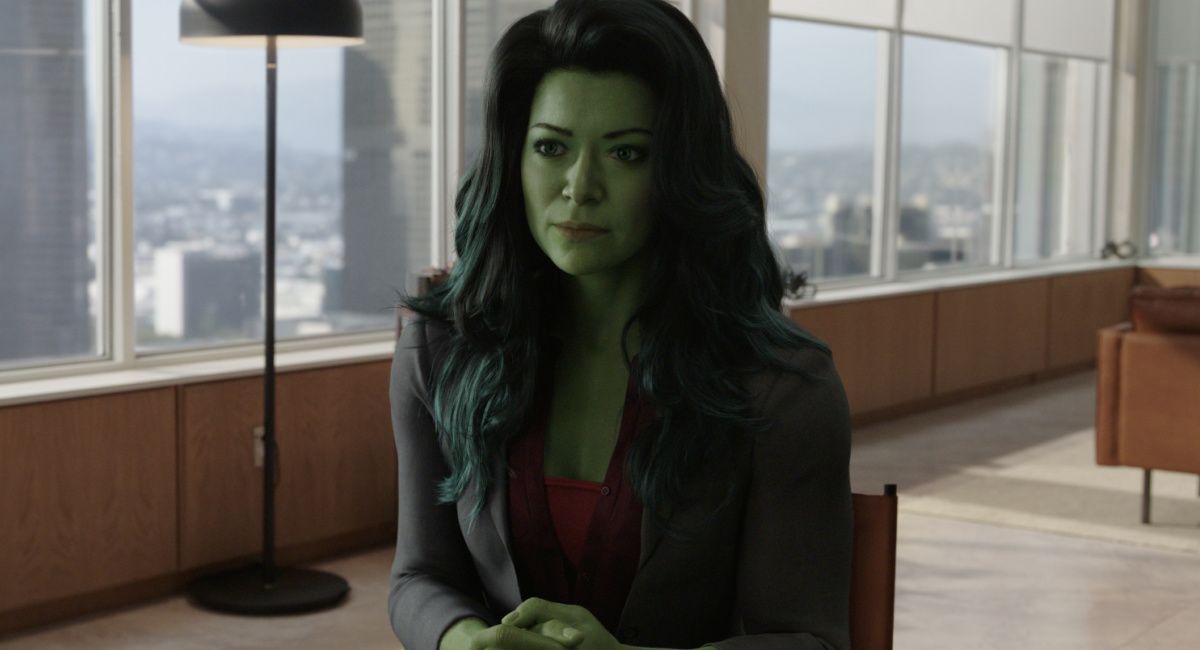 After last week’s explosive (both figuratively and literally!) episode finale, it’s time to go back to court in 'She-Hulk: Attorney at Law' Episode 2: “Superhuman Law!”

We open on multiple news stations discussing Jennifer Walters (Tatiana Maslany) as she “Hulked Out" in court. Jen is outside of a bar with Nikki (Ginger Gonzaga) as they chant “She-Hulk” from inside. “That name better not stick,” Jen says and talks about how she doesn’t want to be a derivative of her cousin.

This is all while she is still fighting against the idea of being a superhero. Saying that it’s only for narcissists and somehow, orphans! Jen is approached by the head of her law firm, and he explains that they didn’t win the last case due to her saving the jury (meanwhile she is drunk during this whole exchange). Jen doesn’t see that as a bad thing but then … she’s fired, with her boss claiming that she’s a liability. Cue the title screen!

The scene moves to her attempting to find a job, with the Hulk side of her destroying her ability to find employment. We see her looking at other incredibly random postings and being invited to a family dinner (with a wonderful phone wallpaper of Captain America’s behind).

She arrives home to her family, only to find out that they know that she got fired. turning an already awkward dinner more awkward. Her mother (Tess Malis Kincaid) is already trying to set her up, and her family fully believes she’s a superhero now.

Her dad (Mark Linn-Baker) pulls her aside and asks how she’s really doing. Jen explains that she’s “okay with not being okay” and how her Hulk got revealed to the whole world. Her dad brings up how she at least didn’t destroy a city like “someone else” in the family.

He tells her that she’s still standing, which is what’s most important. We see Jen at the bar, and she’s approached by the head of the opposing law firm in her case, named Holden Holliway (Steve Coulter). He offers her a job, citing her abilities to lead a new division. Jen accepts the offer but says she wants to hire her own paralegal.

The next day is her first day at her new job, and she finds out she is the head of the superhuman law division. But not her specifically, the She-Hulk, which she doesn’t take well at first. Holliway leads her through the office and explains they are the first law firm to handle superhuman law.

He asks her what she thinks about it, and Jen tells a fantastic lie. “I’ll spend the year worrying about what I just said,” she tells the audience. Nikki is there and points out the new office. Another member of the legal team, Augustus "Pug" Pugliese (Josh Segarra), pops in with a gift basket for the new employees.

Next, Jen is sitting with Holliway who explains her first case is with Abomination, one of her cousin’s biggest enemies. He explains if she doesn’t take it, then her new job is gone.

So, the case is forced upon her, and Jen goes to visit Emil Blonsky (Tim Roth) in prison. They explain the heavy rules, and she’s let in to meet the man who tried to kill Bruce. She stands in front of the Abomination and he explains that he’s a changed man ... spiritually. He’s Emil, and that’s it. Choosing not to turn to his own hulking form.

He brings up Bruce and does confirm he tried to kill him. “It’s nothing personal.” Emil explains the government was the reason he attacked Bruce and all of Harlem. Claiming that nothing was his fault. Jen gives him advise, and she begins to question if she really wants to help him.

After thinking, Jen calls Bruce (Mark Ruffalo) and tells him that she is being forced to represent the Abomination. Once again, Jen dumps on her cousin and doesn’t even allow Bruce to talk. He admits that Blonsky sent him a nice letter and that he himself is a changed man, or rather, Hulk.

She does, and we see footage of the Abomination from 'Shang-Chi and the Legend of the Ten Rings' in the ring fighting with Wong (Benedict Wong), clearly having escaped prison. “Oh, that sucks,” Jen says before the episode ends.

This new episode does way more to the Marvel Cinematic Universe then we can even think! A lot of it hidden in plain sight. First, the main one being bringing Abomination officially into the MCU. While he was revealed in 'Shang-Chi,' this is the first time that the MCU has made the events of ‘The Incredible Hulk’ verbally spoken about in detail.

While this can be confusing, as Mark Ruffalo did not play the Hulk in the 2008 film (that was Ed Norton!), but it just shows how much backstory that Marvel is reusing, in order to not have to waste time with more origin stories. Why waste a good story that was already written?

Another fun little Easter egg to come out of the episode was the website Jen was using to look up wacky jobs she could apply for. Hidden on the right of the website was a list of what seemed like clickbait articles.

One of these read “Man fights with metal claws in bar brawl.” Very obviously, the first thought related to that is Wolverine! Who else has metal claws and specifically would fight with them in a bar? This is one of the many recent references to the ‘X-Men’ in recent MCU properties.

The first being the end of ‘Ms. Marvel.’ With both the reveal of her DNA and the obvious original ‘X-Men’ cartoon music. Not to mention seeing Patrick Stewart once again portray Professor X in ‘Doctor Strange in the Multiverse of Madness.’

While we’ve known for a while that Marvel Studios had reclaimed the film and TV rights to the ‘X-Men,’ these recent sightings in the MCU are really the first time we are seeing that come to fruition. So obviously we have to ask the fun question … who do you want to see playing this clawed bar fighter?

Episode 2 was filled with fun jokes and some interesting plot development for Jennifer Walters. Can’t wait to see you all next week and find out where episode 3 takes us!