A few fun cameos, fourth wall breaks, and a tense ending shows us that 'She-Hulk’s action is just starting to ramp up! 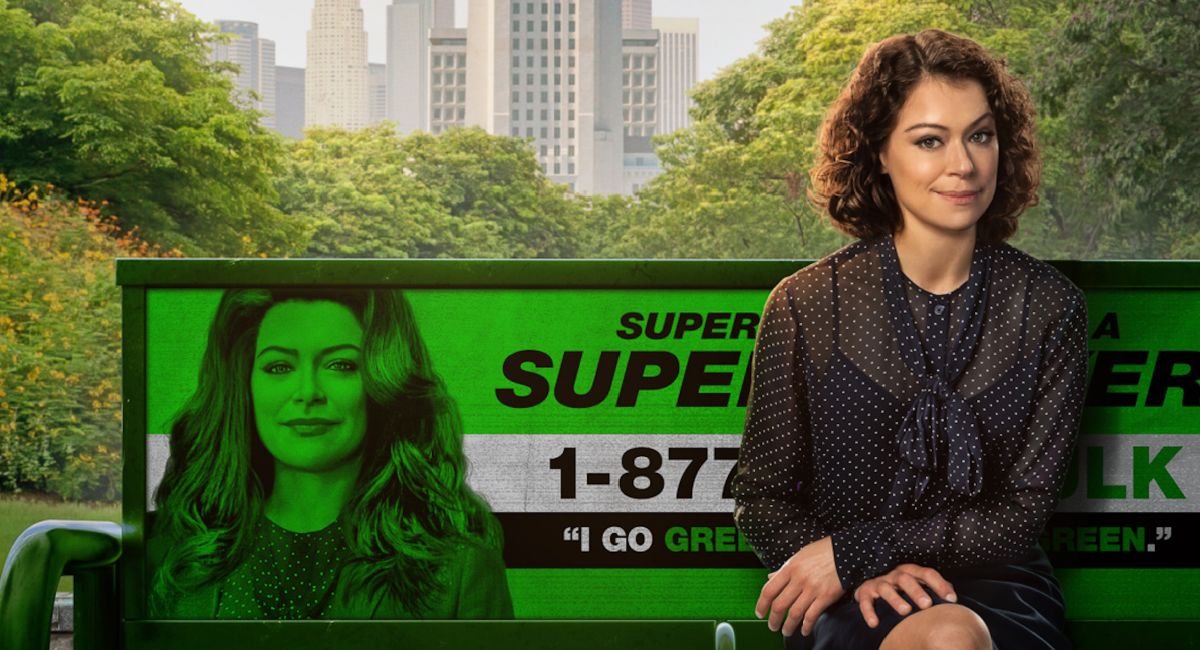 Last week we had an escape, this week we get to chase the Abomination down. Welcome to episode 3 of ‘She-Hulk: Attorney at Law,’ “The People vs. Emil Blonsky.”

We open the episode on Jennifer (Tatiana Maslany) going back to the prison to question Emil (Tim Roth), asking why he escaped his cell. He tells her he was forced to leave against his will, and when she asks him who forced him to leave, we quickly cut to Nikki (Ginger Gonzaga) discovering just who "Wong" (Benedict Wong) is with her internet detective skills.

Jennifer mentions that if what Emil said is true, then Wong could have destroyed her entire case. In a fantastic use of the fourth wall break, Jennifer informs us that this isn’t one of those cameos shows … except for Bruce (Mark Ruffalo), and Emil, and Wong. Reminding us that, hey, this is in fact her show!

We’re shown a bunch of incredibly misogynistic social media posts about Jen, as she tells Nikki that she doesn’t care what anyone thinks of her. Her friend brings up how everyone wants to know about her life, and Jennifer pushes that thought away.

The next day she enters Holliway’s (Steve Coulter) office, and runs into Dennis (Drew Matthews), her former colleague from the District Attorney’s office. He needs help from the superhuman law division because he was swindled by an Asgardian shapeshifter pretending to be Megan Thee Stallion. Just then, Wong magically appears.

Wong explains that Emil was a "worthy opponent" to help him train to be the Sorcerer Supreme. Jennifer says that he needs to testify to explain why he let her client out, and while he agrees, he also promises not to wipe everyone’s memory again, explaining it’s a messy process (in a ‘Spider-Man: No Way Home’ reference). She says, “No, thanks.”

We’re shown Dennis and Augustus Pugliese (Josh Segarra), his lawyer, explaining his case to a judge. The judge says he wants to send the case through, but then has a change of heart. It’s suddenly revealed that the man they thought was the Judge was actually Runa (Peg O'Keef), the Asgardian shapeshifter.

We then cut to Jennifer going to Emil’s parole board hearing. As she walks by the press, they falsely mention that she was rejected by the Avengers. In front of the parole board, Jennifer discusses the prison escape and has Emil give his statement as they wait for Wong to arrive.

The board asks Emil if he’s rehabilitated, and he says that he feels great shame, and feels horrible about all of the people that he had hurt. Jennifer states that he’s not the same man he once was, and that he even has a home to live in when he’s free, with his seven wives!

Even though the board meeting is going well, Jennifer is still waiting for Wong to show up. They mention the escape again and Jen begins to stall for time. Eventually, Wong does appear just in time, but incredibly flustered.

We then cut to the trial of Runa, and the motion to dismiss is denied. We return to Jennifer and Wong, as the Sorcerer Supreme reveals that Emil was given an opportunity to live in Kamar-Taj, but turned down Wong’s offer and requested to return to prison, showing his resolve to finish his sentence.

The board mentions that Emil might have changed, but the Abomination hasn’t. So, Blonsky decides to transform in front of them to demonstrate that he can now control the monster. Jennifer demands he immediately change back, and makes her point that he’s now a changed man. The board agrees to consider the case. They thank Jennifer for her time and inform Wong that he broke the law. Wong very quickly leaves the prison.

Benedict Wong as Wong in 'Doctor Strange in the Multiverse of Madness.' Photo courtesy of Marvel Entertainment.

Later, Jennifer tells Nikki how the protestors treated her entering and exiting the prison. Her friend explains that this could go away if she does an interview, but Jennifer resists. Pugliese pops in, and the fourth wall is broken again as Jennifer tells the audience that they are connecting the A and B storylines.

We then see Jennifer on the stand testifying for Dennis, which is hilarious seeing as she doesn’t really like him. She describes him as “self-absorbed, chauvinistic, and conceited,” proving that he could have been fooled into believing he was dating the real Megan Thee Stallion.

Runa is found guilty and we are given a fun cameo from Megan Thee Stallion herself, who shout’s “That’s right. There is only one Megan Thee Stallion!” Dennis questions if there is something that could stop Runa from using her powers, and Jennifer breaks the forth wall again to mention that he just gave her an idea.

Back at the prison, we find out Jennifer won the trial and Emil is given parole. But he must wear an inhibitor and cannot turn into the Abomination, ever again. We then see a news channel segment where She-Hulk is giving an interview that doesn’t go the way she intended.

Megan Thee Stallion arrives on the red carpet of the 94th Oscars® at the Dolby Theatre at Ovation Hollywood in Los Angeles, CA, on Sunday, March 27, 2022. Credit: Michael Baker / A.M.P.A.S.

The broadcast cuts to a commercial, and we see Jennifer returning to her apartment. In an alley she’s attacked by a group of men who claim that she “struts around and shows off her powers”. That’s denied by her, and she questions where they got their weapons from, an Asgardian construction worker?

The answer is, well, yes! They all attack her, which does absolutely nothing to her after she transforms into She-Hulk. The men retreat and agree it was a bad idea to attack her. It is then revealed that their main objective was to obtain a sample of her blood, which they were unable to do because the needle couldn’t pierce her skin once she Hulked-out. One of the men states that their "boss won’t be happy" about that.

The episode ends with Jennifer looking at her reflection in her car door after the fight. However, the end credit scene reveals that Jennifer has a new client, Megan Thee Stallion, and the two twerk together to celebrate.

While this episode did not give us much in regards to major reveals and references to past films, I’d love to talk about the use of the fourth wall breaks and how the show uses them to, personally, a fantastic degree.

The idea of a fourth wall break can either be incredibly funny and used smartly, or can take one out of the experience of whatever they are viewing. The way that ‘She-Hulk: Attorney at Law’ uses them, though, is a way to get us into Jennifer Walters’ story.

While yes, it is a reference to her popular comic book run of the late 80's, where fourth wall breaks were plenty, they also help the audience get into her large shoes. From the first episode, we knew that we’d be seeing her story through Jennifer Walters’ own eyes. The fourth wall breaks help with that.

It makes the comedy seem more real and continues what ‘Ms. Marvel’ started, bringing a more comedic tone to the MCU.

But, with the reveal at the end that She-Hulk does indeed have enemies, I cannot wait to see where that takes us in the next few episodes.

See you next week!