The ‘Karate Kid’ Franchise Will Be Back With A New Movie

This new film will exist outside of the ‘Karate Kid’ universe from the original movies and won’t continue the story of the 2010 reboot. 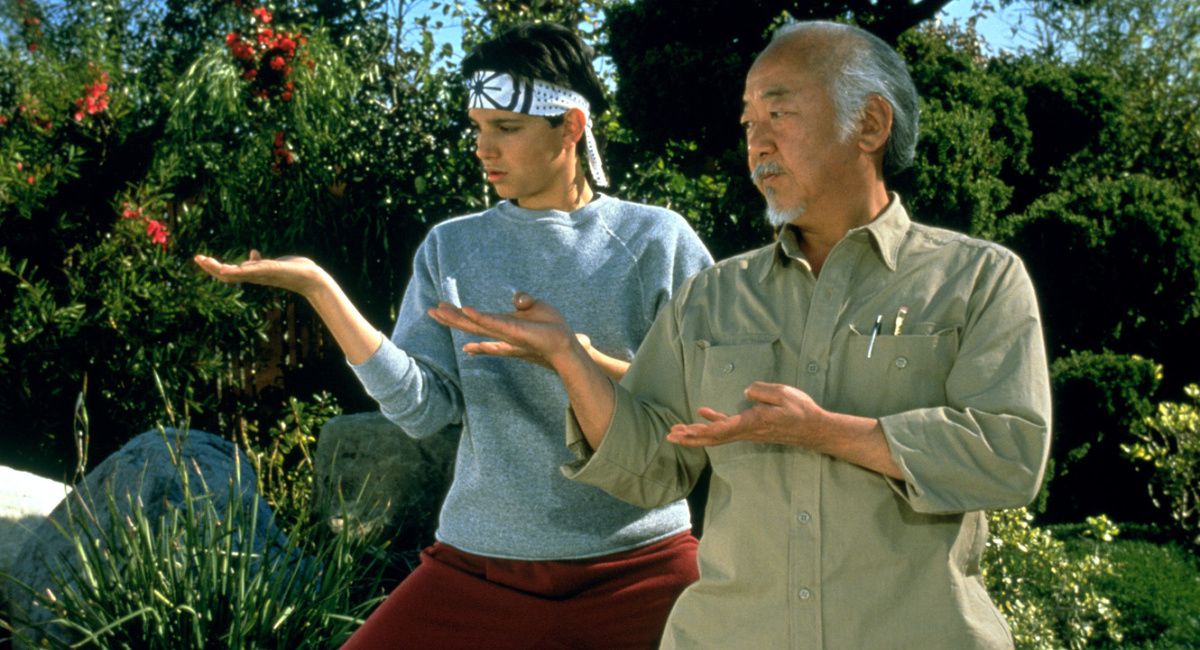 (L to R) Ralph Macchio as Daniel LaRusso and Pat Morita as Mr. Miyagi in 1984's 'The Karate Kid.'

In amongst a batch of release date announcements, Sony quietly confirmed something that has been rumored for a while now. The studio is ready to get back in the ring for some more martial arts action, as another ‘Karate Kid’ movie is in the works.

Rather than focusing on Daniel LaRusso (Ralph Macchio), Johnny Lawrence (William Zabka) or the more recent version of ‘Karate Kid’ in 2010 that starred Jaden Smith and Jackie Chan, this will be an entirely new story – though still focusing on Kung Fu as in the 2010.

According to an August report from Murphy’s Multiverse, the new movie would focus on a teenager named Li who, after a tragedy, moves from Beijing to Brooklyn with his mother, a doctor.

Dealing with a life that has suddenly been uprooted, Li tries to make it work in New York, and meets a student at his new school named Mia. He ends up training her father, Victor, in Kung Fu, much against the wishes of his mother, who abhors violence and fighting. It’s certainly a different dynamic from the usual older-mentor-younger-student style of the previous movies.

All of this, of course, is only rumor for now, though that report mentioned 'Peter Rabbit’s Rob Lieber writing the script.

Disappointingly, the movie won’t involve the team or cast from ‘Cobra Kai’, which has been expanding the ‘Karate Kid’ franchise for several years now on TV screens, first on YouTube and then Netflix.

A fifth season of the show just landed on the streaming service and while we can understand that creators Jon Hurwitz, Josh Heald and Hayden Schlossberg might be too busy on the next season (and the other projects they’ve set up in the wake of ‘Cobra Kai’s success), we can’t help but wonder what that team would have done with a new movie, ramping up the continuing story of Daniel, Johnny and their various students.

Hurwitz confirmed as much on Twitter, answering a fan who asked if he and the team would be part of the new movie.

And that’s not the only movie landing a release date – or seeing one shift. Among the other announcements are an untitled based-on-truth ghost story launching on January 6th next year, followed by the next installment of the ‘Searching’ franchise, called ‘Missing’, on February 24th.

Adam Driver-sci-fi movie ‘65’ is shifting to March 10th, while Sony/Marvel movie ‘Kraven the Hunter’ is on the move to 6th October.

(L to R) William Zabka as Johnny Lawrence and Ralph Macchio as Daniel LaRusso in 1984's 'The Karate Kid.'