Silk: Spider Society will be first swinging out of the gate, run by ‘The Walking Dead’ veteran Angela Kang with Phil Lord and Chris Miller as producers. 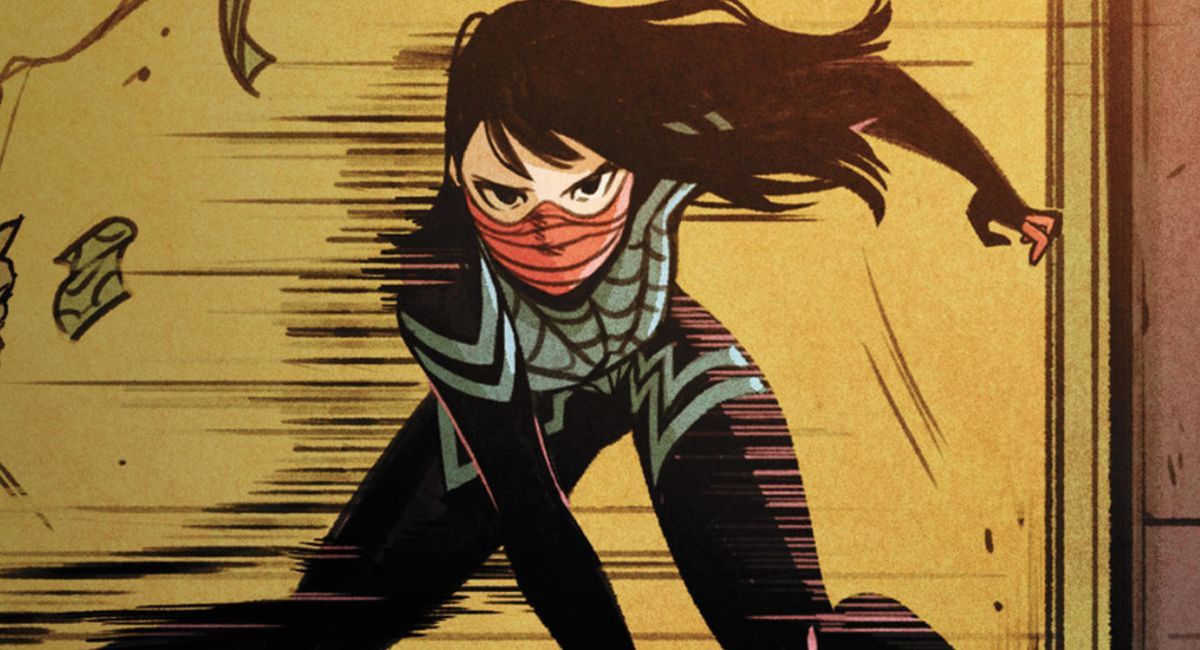 Could Sony be looking to compete with Disney+ in terms of Marvel output? The studio certainly seems to be stepping up to the televisual plate, with word last year that it was developing a series based on the ‘Silk’ comic books.

That has now developed into a full-blown development slate, with plans for several series. But ‘Silk’ will still be first out of the gate, albeit with new producers.

‘Silk: Spider-Society’ will feature the character of Cindy Moon. A Korean American classmate of Peter Parker’s, she was first created by created by Dan Slott and Humberto Ramos and introduced in the comic books in ‘The Amazing Spider-Man #1’ in 2014. Like Parker, she is bitten by a radioactive spider, which gives her the ability to move at incredible speed, shoot webs out of her fingertips, and possess an advanced Spider-Sense (known as Silk Sense). Tiffany Espensen played the character in ‘Spider-Man: Homecoming’, though not the superhero version.

When the show was first announced, Lauren Moon, a veteran of small screen titles such as ‘Good Trouble’ and Netflix’s ‘Atypical’ was reported as being in talks to run the series, but she’s no longer involved.

Instead, overseeing producers Phil Lord and Chris Miller (who, of course, are closely connected to the Spider-universe thanks to, well, the ‘Spider-Verse’ movies) are working with Angela Kang, who has spent the last few years as the main showrunner for ‘The Walking Dead’. Though she’s still linked to the ‘Dead’ world thanks to executive producing a Daryl Dixon spin-off of the long-running zombie show, her focus will now be ‘Silk: Spider Society’.

Also involved is regular Spider-producer Amy Pascal, who once more team with Lord and Miller to build out the suite of shows that will follow different characters under Sony’s rights. There are plenty to choose from, as the studio controls 900 Marvel characters as part of an arrangement made before Disney bought Marvel and spawned their successful cinematic universe.

“Angela is a pro’s pro whose perspective and creativity we greatly respect and admire. She’s also a hell of a lot of fun. She loves these characters and we feel really lucky for the chance to work with her to bring Cindy Moon’s story to the world” said Lord and Miller in a statement.

“I’m beyond thrilled to be joining the Amazon Studios family for this next chapter of my career. I look forward to working with the executive team on diverse, character-forward, watercooler shows for a global audience and am so excited to dive in to my first challenge – bringing Korean American superhero Silk to life on screen, ” said Kang.

In a quirk of the deal, the show will actually debut domestically on MGM+’s (you might know it as Epix) linear channel followed by a global launch on Prime Video.

'Spider-Man: Homecoming' Sequel Picks Up 'a Few Minutes' After 'Avengers 4'