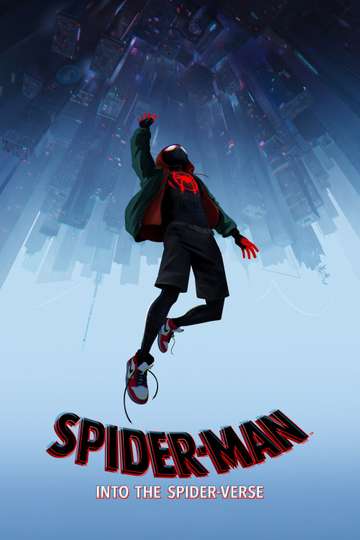 Miles Morales is juggling his life between being a high school student and being a spider-man. When Wilson "Kingpin" Fisk uses a super collider, others from across the Spider-Verse are transported to this dimension. Moviefone's 'Spider-Man: Into the Spider-Verse' Review

"Into the Spider-Verse" is unlike any "Spider-Man" movie or almost any superhero movie you've ever seen.

Rendered like a four-color comic book and featuring spectacle that unfolds like the most abstract and boldest splash pages you've ever seen, and produced by "Cloudy With a Chance of Meatballs" and "The LEGO Movie" filmmakers Phil Lord and Chris Miller, their latest feels like a celebration -- and perhaps overdue reminder -- of all of the things that made them such an refreshing, inventive presence to both animated and live-action filmmaking.

Bolstered by voice performances from a uniquely eclectic cast against a backdrop that defies description (and may possibly induce a few seizures), "Spider-Verse" offers a welcome new chapter that intersects and beautifully expands the series -- and cinematic mythology -- of existing Spider-films.

Shameik Moore plays Miles Morales, a mild-mannered teen reluctantly shuttled to a new high school for academically gifted teens after demonstrating an exceptional aptitude for science and math. His dad Jefferson (Bryan Tyree Henry), a police officer, doesn't know quite how to connect with him, choosing rigid discipline over gentle encouragement. But Miles ne'er-do-well uncle Aaron (Mahershala Ali) encourages his artistic impulses, even when they manifest themselves through graffiti and decidedly less legally suitable means of expression. After being bitten by a radioactive spider, Miles unexpectedly develops superhuman abilities, which he fails roundly to control, much less understand. But after his universe's Spider-Man dies trying to save New York from Kingpin (Liev Schreiber), Miles decides to take up the hero's alter ego and finish the task that he failed to complete.

Jake Johnson on His New Movie 'Ride the Eagle'

How 'Spider-Man: Into the Spider-Verse' Was Wrestled Into Existence

'Spider-Man: Into the Spider-Verse' Unscripted With Shameik Moore, Hailee Steinfeld, and Jake Johnson

Ant-Man and the Wasp
Just when his time under house arrest is about to end, Scott Lang once...

Alita: Battle Angel
When Alita awakens with no memory of who she is in a future world she...

Aquaman
Once home to the most advanced civilization on Earth, Atlantis is now...

Pokémon Detective Pikachu
In a world where people collect pocket-size monsters (Pokémon) to do b...

Avengers: Infinity War
As the Avengers and their allies have continued to protect the world f...