Prime Video's 'The Lord of the Rings: The Rings of Power' Cast Interviews

Premiering on Prime Video beginning September 1st is the highly anticipated new series based on the work of author J. R. R. Tolkien entitled 'The Lord of the Rings: The Rings of Power.’

Created by J.D. Payne, Patrick McKay, and J.A. Bayona, the new drama series is set thousands of years before the events of Tolkien’s ‘The Hobbit’ and ‘The Lord of the Rings’ books. It will take viewers back to an era in which great powers were forged, kingdoms rose to glory and fell to ruin, and a great darkness threatened to destroy the world.

Moviefone recently had the pleasure of speaking with Morfydd Clark, Charlie Vickers, Maxim Baldry, Robert Aramayo, Daniel Weyman, and Cynthia Addai-Robinson about their work on 'The Lord of the Rings: The Rings of Power.’ 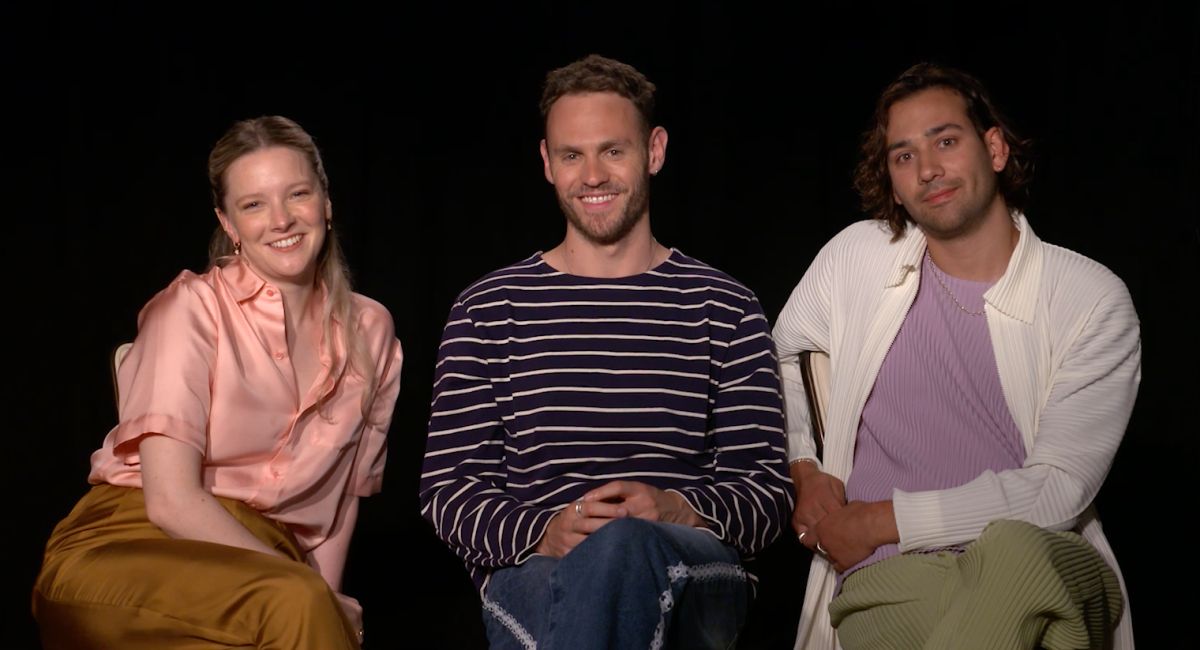 (L to R) Morfydd Clark, Charlie Vickers, and Maxim Baldry star in Prime Videos' 'The Lord of the Rings: The Rings of Power,' which premieres September 1st.

You can read the full interviews below or click on the video player above to watch our interviews with the entire cast of Prime Video’s 'The Lord of the Rings: The Rings of Power.’

Moviefone: To begin with, Morfydd, what was your approach to playing Galadriel? What did you want to do differently with the character than how she’s previously been portrayed?

Morfydd Clark: My approach was to completely immerse myself in Middle Earth. So, I watched the films again and again. I listened to the audio books constantly. We spoke about it constantly. Obviously, it's a Galadriel who's younger than the Galadriel we know. But she's not young.

So, it was the idea of showing, how does one elf age? There was a quote where she speaks about, "With wisdom comes a loss of innocence." That's what I hung onto, to try and understand where she was and where she'd get to.

MF: Why does she believe that evil's coming back to Middle Earth?

MC: I don't think she even knows particularly why, but she knows. I think part of it is that she's grieving. She's grieving the loss of her brother, Finrod. When you're grieving I think you often think that there must be something bigger, that the world can't be right after a loss. So, it's her grief, I think, that's driving her.

MF: Robert, you also play a character that has been seen in other live-action Tolkien projects. What was your approach to playing Elrond in this series?

Robert Aramayo: I just really was struck by the idea of him being half Elvin. He's kind of unique in that way. There's a humanity to him. There's a heart to him, which sometimes with the steely exterior of the elf does slip in a little bit. He cares about people. I think it's his great strength, even if he maybe doesn't know that yet.

I just really wanted to focus on his history. On where he came from, on his parents and his brother, and all of the things that are really overwhelming about his past. That's where I focus most of my work. As I say, I try and create that, and think about that duality that exists within inside of him.

MF: Charlie, what can you tell us about your character, Halbrand?

Charlie Vickers: He is a man. He's from the Southlands. He is starting a new life when we meet him. He has a complex past; which I don't want to go into. But as the show unfolds you learn more about his past. But he's leaving that behind. He is, I guess, trying to start afresh. In his attempts to start afresh he meets a few hurdles along the way, in the shape of other characters and a few circumstances that arise as the show unfolds.

MF: Maxim, what can you tell us about the character you play, Isildur?

Maxim Baldry: Isildur is a sailor who lives on the island of Númenor, which is Tolkien's Atlantis. He's a bit in the shadow of his father. I think there's a restless energy in him, and he wants to leave the island and explore the world. I think he's like any other young adult on the cusp of adulthood, they want something else, and they're not really settled. In turn, he makes reckless decisions and makes mistakes along the way. But yeah, that's the Isildur that we meet in season one.

MF: Daniel, you play the mysterious Stranger, what can you tell us about your character?

Daniel Weyman: He’s pretty mysterious, isn't he? He's holding his cards pretty close to his chest. I think he is on a voyage of searching for his identity. Still struggling really to know what that is. The shadows that are around him and the ways in which we see that manifest in his behavior, I think hopefully when the audience sees them, they will be as exciting for the audience as they were for me to film. It's been a gift of a part to play and it's coming very close now to the place where the audience can finally come in on the journey. So, I can't wait.

MF: Cynthia, did you read any of Tolkien’s work to prepare for your role as Miriel?

Cynthia Addai-Robinson: Yes, I did. But what was interesting in a character like Miriel, and even in terms of our cast, some of whom are established in the lore and others who are created and fit into the Tolkien worlds. There's a lot of room to play. What I think I really appreciated between both Tolkien's writing, but also the story that J.D. And Patrick have created for a series version of this adaptation, is there's room to really do a deeper dig.

So, what I was able to find of Miriel, there was information there, but really it was jumping off point. So, a lot of my research was more in the realm of thinking about it. I would call it emotional research and trying to tap into the idea of how would I feel in a certain type of situation, or scenario.

How have I felt that is comparable to this set of circumstances? But it's such a rich world. Tolkien, and his imagination have created enough of a literary cannon, that there are many opportunities to adapt and interpret, and we all get the opportunity to really play in this vibrant world.

MF: Finally, Morfydd, what has it been like for you personally to be a part of this project and have an opportunity to play in the incredible universe that Tolkien created?

Morfydd Clark: Just amazing. I really can't believe it. I've always been obsessed with fantasy. One of my gateways to fantasy was ‘The Hobbit’. He's like no other writer. He created thousands of years of history. No matter when you pop into it, it's interesting. I think the main character of this is this magical world. So yeah, it's a really accessible yet a completely otherworldly world.

(L to R) Robert Aramayo, Sara Zwangobani, Cynthia Addai-Robinson, and Daniel Weyman star in Prime Videos' 'The Lord of the Rings: The Rings of Power,' which premieres September 1st.

TV Review: ‘The Lord of the Rings: The Rings of Power’