These lady killers from movies like ‘Kill Bill,’ ‘La Femme Nikita,’ ‘Colombiana,’ and ‘Proud Mary,’ are as deadly as any male assassin we’ve seen on film.

With ‘The Protégé’ starring Maggie Q out this week and ‘Kate’ starring Mary Elizabeth Winstead out in September, it’s the perfect time to look back at some badass women assassins in film. 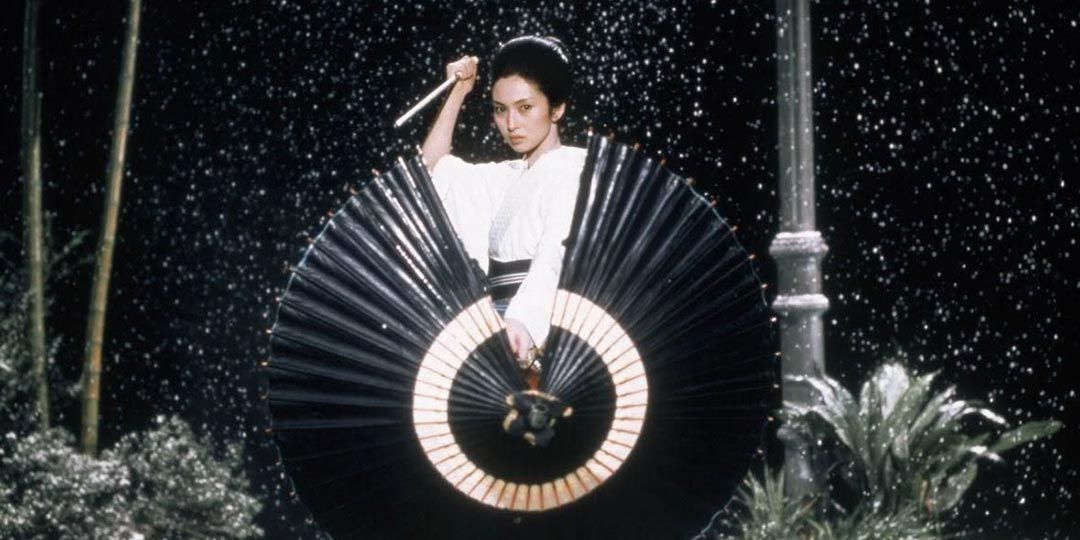 Based on a manga of the same name written by Kazuo Koike and illustrated by Kazuo Kamimura, and a huge inspiration on Tarantino’s Kill Bill films, this Japanese classic stars Meiko Kaji as Yuki Kashima, aka Lady Snowblood. Told in a non-linear fashion, the film follows Yuki as she seeks vengeance on the gang of men who raped her mother and killed her father and brother. It was such a smash hit that the next year a sequel, ‘Love Song of Vengeance’, was released.

Written and directed by Luc Besson (‘The 5th Element’), this film not only launched an English language remake and two television shows, but also reignited the subgenre of female assassin films. When a robbery goes awry, junkie Nikita (Anne Parillaud) kills a police officer, finding herself locked up for life. However, while in prison, her death is faked, and she’s forced to work as a sleeper agent for a secret government agency. And that’s just the beginning.

Bridget Fonda as Maggie in 'Point of No Return'

Inspired by the Besson’s breakout hit, this American take on the story stars Bridget Fonda (‘Jackie Brown’) as Maggie, again a drug addict convicted of murder. After her death is faked, she finds herself working for a spy named Bob (Gabriel Byrne) and trained to be a ruthless assassin by a woman named Amanda (Anne Bancroft). Like in its French predecessor, Maggie fights against her new life towards freedom.

Geena Davis as Charly in 'The Long Kiss Goodnight'

From a screenplay by Shane Black (‘Lethal Weapon’, ‘Iron Man 3’), this cult film stars Geena Davis as amnesiac school teacher ​​Samantha Caine who discovers she’s actually a deadly CIA assassin after a bump on the head brings all her memories flooding back. With the help of skeevy private eye Mitch Henessey (Samuel L. Jackson), she slowly rediscovers her old life and finds herself in a deep and twisted conspiratorial web.

Released in two volumes, Quentin Tarantino’s iconic homage to grindhouse cinema stars Uma Thurman as the Bride, who upon waking up from a comma goes on a revenge-fueled killing spree against the team of assassins (Lucy Liu, Michael Madsen, Daryl Hannah, and Vivica A. Fox) who tried to kill her and her unborn child. On the top of her revenge list is her old boss and one-time lover Bill (David Carradine). Filled to the brim with gore, this franchise was a worldwide box office success, and has since become a midnight movie staple.

Spawning two TV remakes - the short-lived 2007 version starring Martin Henderson and Jordana Brewster, and an upcoming remake starring Donald Glover and Phoebe Waller-Bridge - it’s impossible to top the scorching chemistry of stars Angelina Jolie and Brad Pitt. While in the midst of marriage counseling, John and Jane Smith (Jolie & Pitt) discover that they are both actually deadly assassins working for rival companies. When they both botch the same job, they’re then assigned to kill each other. That’s certainly one way to add a spark back to a marriage!

Angelina Jolie as Fox in 'Wanted'

Angelina Jolie is no stranger to this genre (see also the spy thriller ‘Salt’), so you just have to include this visually bonkers adaptation of the comic series of the same name by Mark Millar and J. G. Jones. James McAvoy plays Wesley Gibson, an anxiety-ridden man in a dead-end job. One day, a mysterious woman named Fox (Jolie) informs him that his deceased father was a world-class assassin and that he’s in danger unless he trains with her and takes over his father’s legacy.

Zoe Saldana as Cataleya in 'Colombiana'

Co-written and produced by Luc Besson, ‘Colombiana’ follows 9-year-old Cataleya Restrepo (Amandla Stenberg) from Colombia, who becomes an orphan when her family is killed by a drug lord. Avoiding the foster system, she tracks down her uncle (Cliff Curtis) in Chicago, who trains her to kill. 15 years later, grown up Cataleya (Zoe Saldana) is now an accomplished assassin, hellbent on seeking revenge against those who murdered her family.

Saoirse Ronan as a young assassin in 'Hanna'

Later made into a TV series, this film stars Saoirse Ronan as the titular Hanna, whose father, ex-CIA operative Erik (Eric Bana), raises her as an assassin in the wilderness of northern Finland. When Marissa Wiegler (Cate Blanchett), also with the CIA, tracks them down, Hanna learns the truth about her origins.

With nods to Blacksploitation classics like ‘Coffy’ and ‘Foxy Brown,’ Taraji P. Henson stars as Mary Goodwin, an assassin employed by the mob in Boston. After taking care of business one day, she notices her target has a young son named Danny (​​Jahi Di'Allo Winston). Mary watches over the boy from afar, but when he finds himself dragged into the underworld himself, she starts to question everything she thinks she knows about her employers.