What to Watch this Week: 'Godzilla vs. Kong,' 'The Unholy,' 'Concrete Cowboy,' & more

If you're curious as to what new movie this week might be best for you, Moviefone is here to help you find it and watch it. This week's selection of movies features freaky ghosts, freaky monsters, and all kinds of grieving. Here are the movies we're suggesting this week:

Godzilla vs. Kong (In Theaters and on HBO Max) 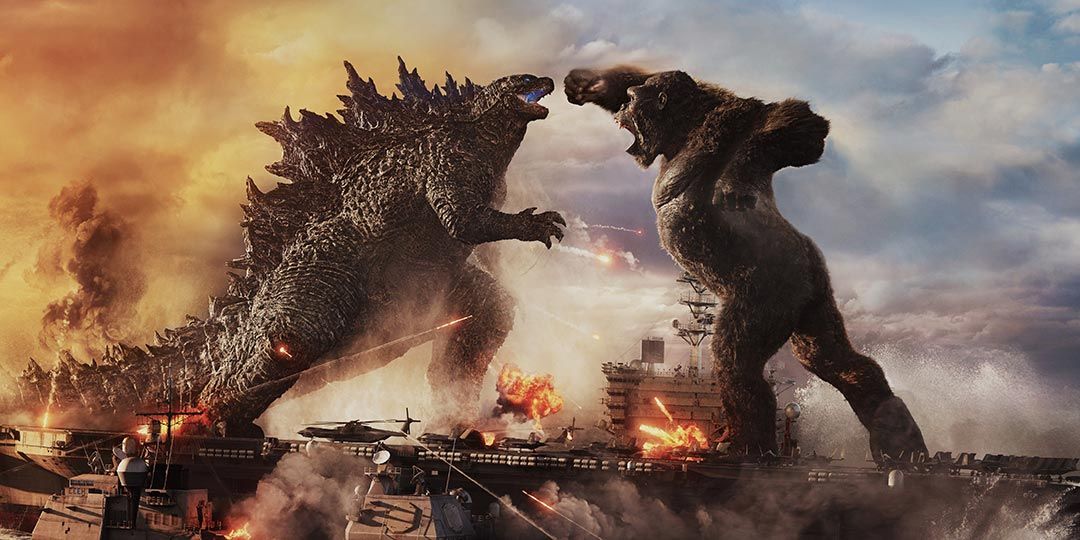 A scene from 'Godzilla vs. Kong'

For what feels like ages, fans have been watching Kong and Godzilla’s solo movies and waiting ever-so-patiently for the inevitable matchup. Now, the prehistoric predators are reunited, complete with the Monarch corporation watching their every move. Questions arose in the previous films about whether these big guys were friend or foe of the humans, and as they face off, none of it matters because they’re FIGHTING YOU GUYS FOR REAL OH MY GOD DID YOU SEE THAT?!

Watch It If: You just want to watch an old-fashioned monster slug fest where some people talk occasionally. Also, if you feel comfortable enjoying this in a theater, it is definitely a big screen experience.

The Unholy (In Theaters)

Jeffrey Dean Morgan in 'The Unholy'

Jeffrey Dean Morgan ('The Walking Dead') is a broke-down journalist who fell from grace for pushing fake news. But wouldn’t ya know, while on assignment to cook up a cheap hacky ghost story, he stumbles on a real one. Alice (played by newcomer Cricket Brown) is a hearing impaired teen living with her priest uncle (William Sadler). She is drawn to the twisted, lone tree on their property and claims to have heard the voice of The Virgin Mary. She begins healing Mary’s believers...but the question remains, who are they really praying to?

Watch It If: You need some Morgan without Lucille, his 'Walking Dead' barbwire bat, and if you want to see Cary Elwes in priest robes. Which, trust me, you totally do.

In Philadelphia, there is an organization called The Fletcher Street Urban Riding Club that invites young people in the neighborhood to care for horses and learn responsibility and harmony with nature. In this drama, Harp (Idris Elba) is one of the adults doing great things in the neighborhood with the organization, but clashing with his own son Cole (Caleb McLaughlin of 'Stranger Things'). Will the two men learn the same kind of harmony with each other?

Watch It If: You’d like to learn more about an amazing real-life organization you’ve never heard of (but should), and if father-son dramas get you right in the chest.

Rachel Sennott plays Danielle, a complicated modern young woman. When she attends a Jewish funeral with her parents, she runs into not only her sugar daddy, but also her gorgeous Barbie doll-esque ex-girlfriend. It seems as though with each conversation, the situation gets deliciously more complicated and hilarious. You know, on top of the mourning.

Watch It If: You’ve ever felt trapped at a family function, desperately wanting to pay your respects and leave with a couple of hors d'oeuvres in your pocket.

This Is Not a Burial, It’s a Resurrection (VOD)

Mary Twala in 'This Is Not a Burial, It’s a Resurrection'

Lesotho, a South African country, declared independence 55 years ago and presented this film as its first-ever Oscar entry this year. It features an 80-year-old widow named Mantoa (Mary Twala, in her last film before her death) whose village is being resettled by the government, so they can flood the land and bring water to the landlocked nation. In a series of vivid images showing both Mantoa’s real life and her dreams, the film shares a mother’s rage and pain over the death of her son, and how far she will go to be buried with her family. As she feels ready to shuffle off this mortal coil, she has nothing left to lose.

Watch It If: You’re hungry for gorgeous cinematography and rich colors, as well as a performance from an actor you’re sure to remember for a long time coming.

This Is Not a Burial, It’s a Resurrection

Not Yet Rated2 hrApr 2nd, 2021
Watch This Is Not a Burial, It’s a Resurrection Online

Everything to Watch After Bingeing 'Stranger Things' Season 3

22 Things You Never Knew About 'The Princess Bride'

Crowd-Pleasing Movies for Your Next Family Movie Night