Here's Your First Look at Disney's 'Moana' from the D23 Expo 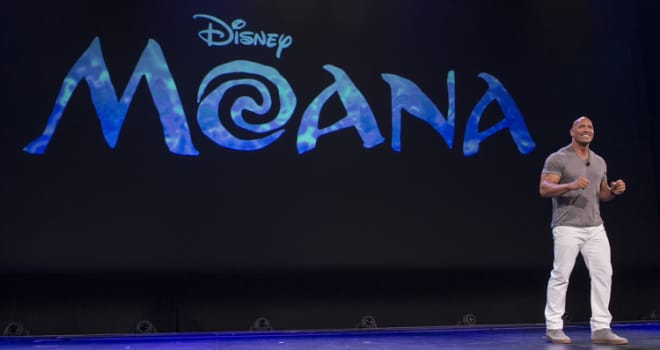 Disney has finally released official images from its D23 presentation of upcoming animated musical "Moana," and based on what we've seen so far, the film is beautiful, colorful, fun, and emotional -- basically, everything a great Disney flick is meant to be.

The presentation, which took place last week, featured a bunch of people involved in the behind-the-scenes action on the movie, including directors Ron Clements and John Musker ("The Little Mermaid," "Aladdin") and producer Osnat Shurer (a Pixar consultant making her Disney feature producing debut), along with the team behind the film's music: Lin-Manuel Miranda (Tony winner for "In the Heights"), composer Mark Mancina ("The Lion King"), and Opetaia Foa'i (lead singer of world music band Te Vaka).

Te Vaka performed a musical number from the film, complete with Polynesian dancers. Dwayne Johnson, who voices the demigod Maui in "Moana," also made an appearance, discussing his passion for the project and its focus on the South Pacific culture.

But the real star of the presentation was "Moana" itself, and the visuals and clips that premiered during the expo. The crowd got its first look at the film's new logo, beautiful Polynesian scenery, and introductions to a cast of characters that includes Moana's sidekicks Pua, the adorable pig, and Hei Hei, a cocky rooster. According to the Disney Insider blog, the presentation was nothing short of dazzling:

Moana is a young woman who sets off to discover her destiny on the open ocean. She encounters a demigod named Maui (voiced by Dwayne Johnson, otherwise known as The Rock) and battles ancient creatures, including an incredible character made out of molten lava. ... It's a story that's totally new and yet utterly timeless, and the presentation, which included a pair of animated sequences (including one where Maui recounts his epic past and another where a young Moana wades into the ocean, who plays back with her), left us speechless (and a little weepy).

Check out some photos from the presentation below. (More images can be seen here.) 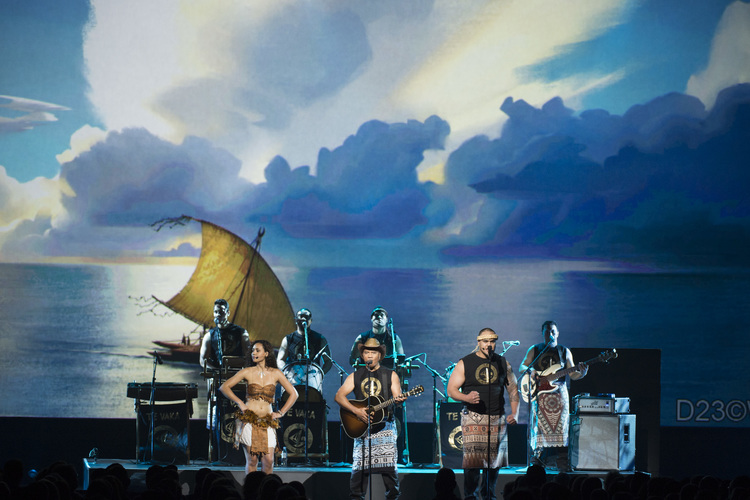 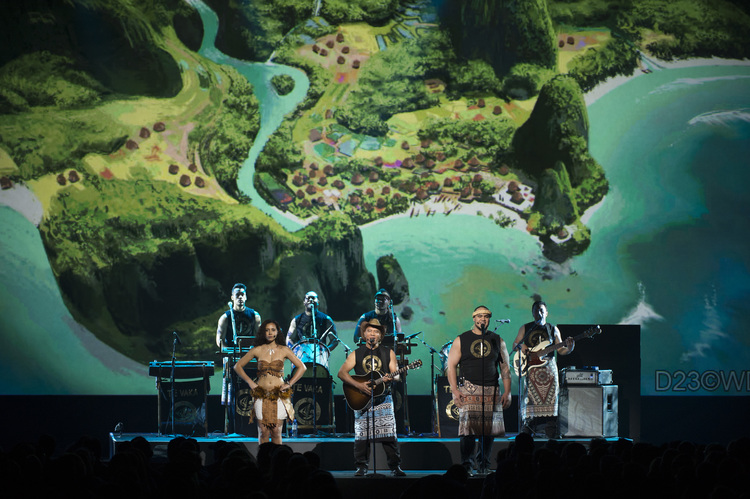 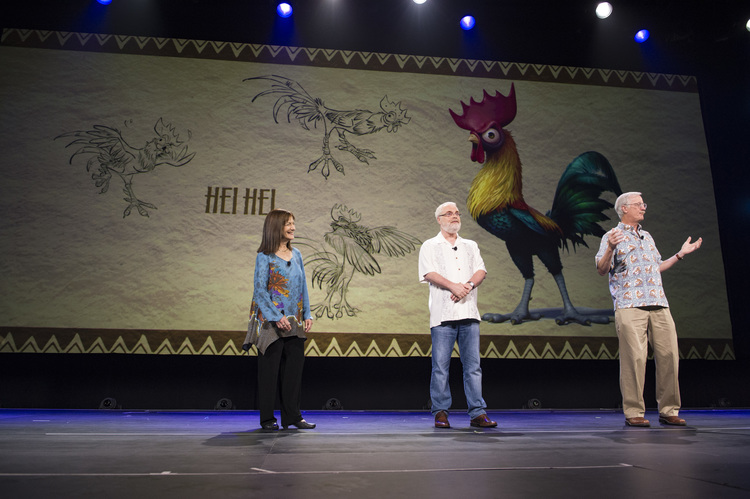 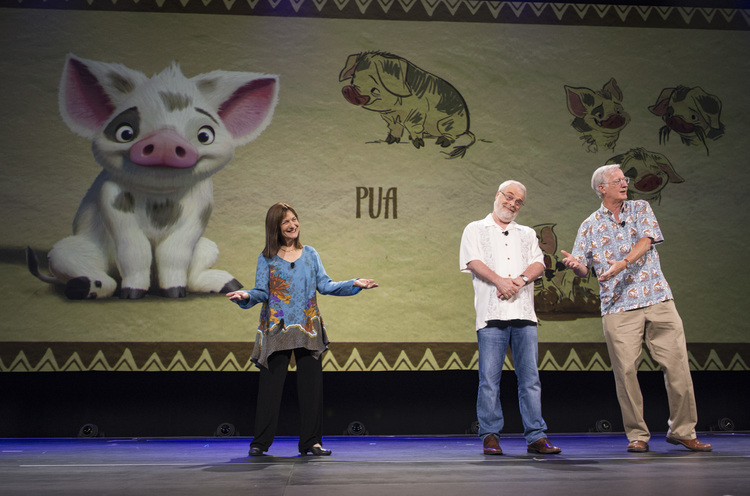