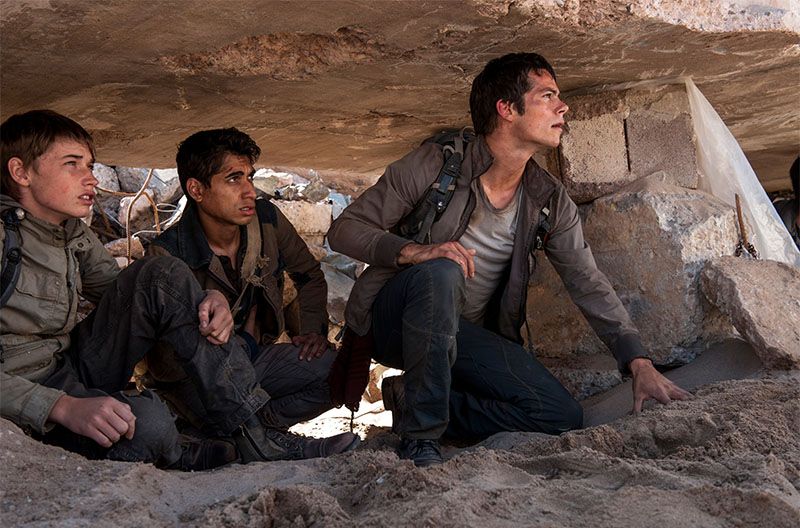 "Maze Runner: The Scorch Trials" found its way to the top of the box office, collecting $30 million to finish ahead of the Johnny Depp mob drama "Black Mass," according to weekend estimates.

The sequel to last year's post-apocalyptic kids-in-peril tale "Maze Runner" likely will fall short of the $32.5 million the first movie generated but still scored a respectable haul for a youth-centered film opening in September after school started.

"Black Mass," based on the real story of Boston mobster Whitey Bulger, attracted rave reviews and heralded the comeback of Depp after several lackluster films, picking up a solid $23 million for second place.

“Johnny Depp always swings for the fences, and sometimes he strikes out, but this was a grand slam,” Jeff Goldstein, Warner Bros. distribution executive vice president, tells Variety. “He’s the face of evil.”

"The Perfect Guy" and "The Visit" were neck-and-neck for third place in their second week with about $10 million each, while "Everest" notched a surprise fifth-place finish on 3D IMAX and Premium Large Format screens with $7 million.