"Grey's Anatomy" Season 13, Episode 12 is none of your business. That's literally the title, which may be a dismissive quote from one character to another, but we'll have to wait until the episode airs on February 9 to be sure.

Season 13 returns from winter hibernation this Thursday, Jan. 26 with Episode 10, the maximum security prison-set "You Can Look (But You'd Better Not Touch)." Then we finally learn Dr. Alex Karev's fate on Feb. 2 in Episode 11, "Jukebox Hero."

Here's ABC's synopsis for what happens after that on Feb. 9 in "None of Your Business":

"Maggie gets a surprise visit from her mother at the hospital. Bailey has to make a difficult decision when one of the attendings refuses to work with Eliza, and Stephanie gets caught up in Owen and Amelia's personal drama."

ABC shared some teaser photos, including the one above of stars Kelly McCreary (Maggie Pierce), Jesse Williams (Jackson Avery), and Jessica Capshaw (Arizona Robbins). Below, you can see Martin Henderson (Nathan Riggs) and Kevin McKidd (Owen Hunt), presumably talking through the sudden departure of Owen's wife Amelia in the midseason finale. We also see a tight shot of Giacomo Gianniotti's DeLuca, who is still caught in the middle of the Alex drama. No clue what he's up to this week.

Entertainment Weekly also got an exclusive look at Maggie's mom, played by "Luke Cage" actress LaTanya Richardson Jackson, who also happens to be the wife of Samuel L. Jackson. You may recall that Maggie's adoptive parents were said to be getting a divorce. Her biological parents are Richard Webber and Ellis Grey, making her Meredith's half-sister and full (still unknowing) rival for Riggs's affection.

Check out the "None of Your Business" photos: 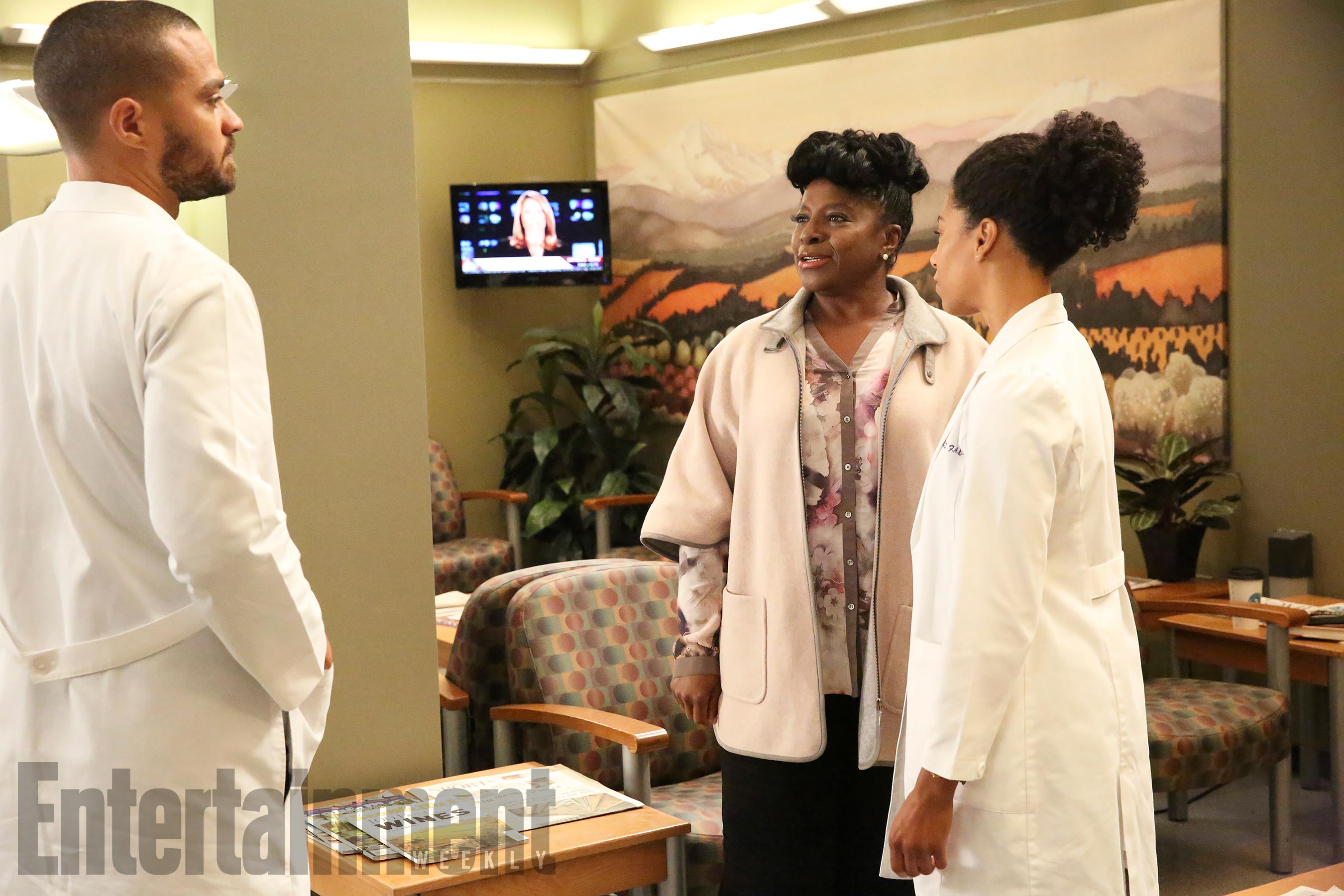 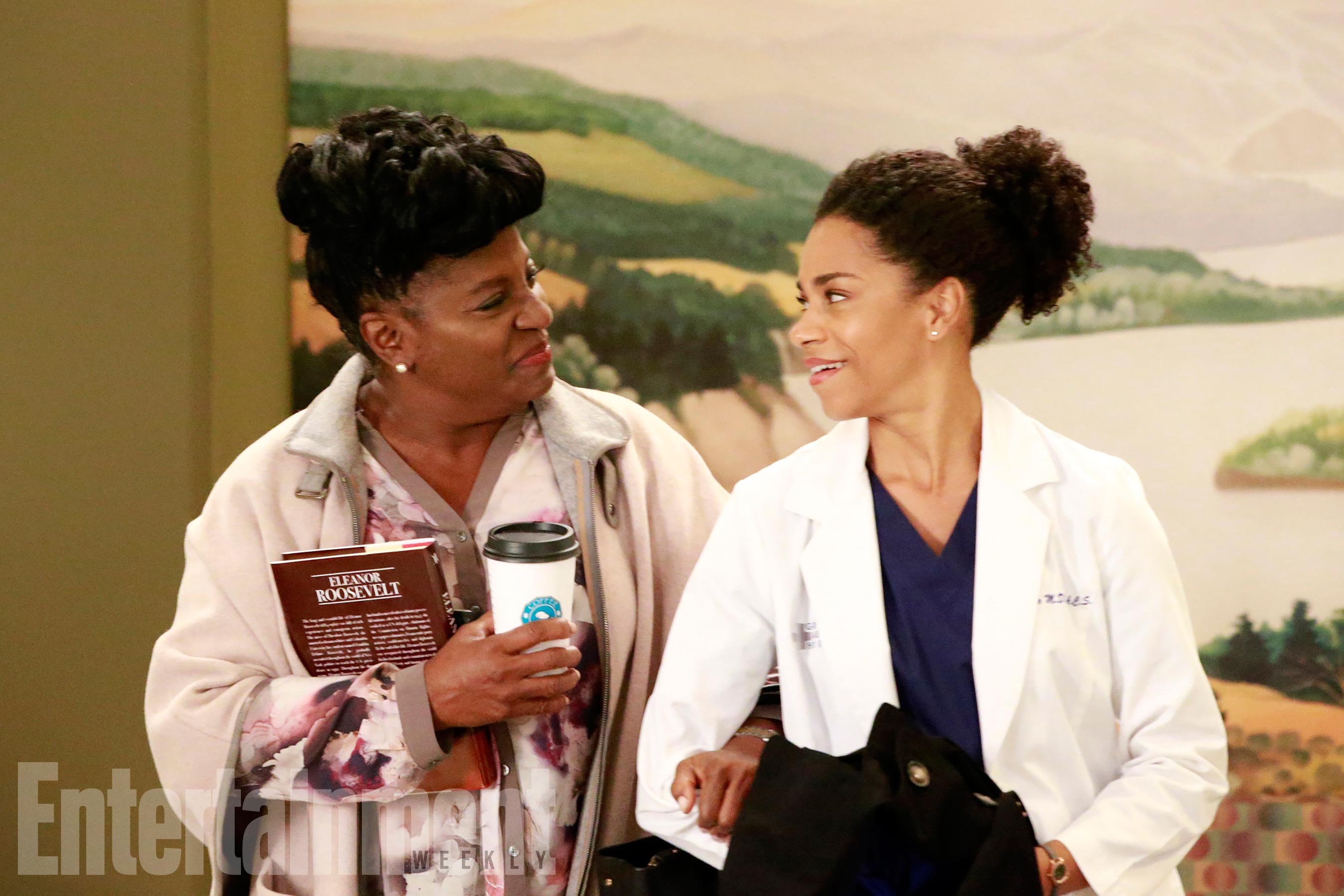 With that hair, and that book on Eleanor Roosevelt, you have to love Mama Maggie already.

ABC Renews 'Grey's Anatomy,' 'Station 19,' 'How to Get Away With Murder' and Cancels 'For the People'

Another 'Grey's Anatomy' and 'Station 19' Crossover Is on Its Way

'Grey's Anatomy': Alex Will Be a 'Delightfully Different' Chief