"The Walking Dead" Season 7 will return with a bang on Sunday, Feb. 12. The show has been on break since early December, but when Episode 9 arrives in just a couple of weeks, it will quickly establish the very different tone of the second half.

"You're going to see a much lighter Rick, because the thrill of the fight is on," Andrew Lincoln (Rick Grimes) told Entertainment Weekly. Showrunner Scott Gimple said that, before the end of the midseason premiere, "you will see Rick Grimes smile." Greg Nicotero, director/producer/special effects guru, added to EW that the 2017 return episode includes a "stupendous" epic action sequence. 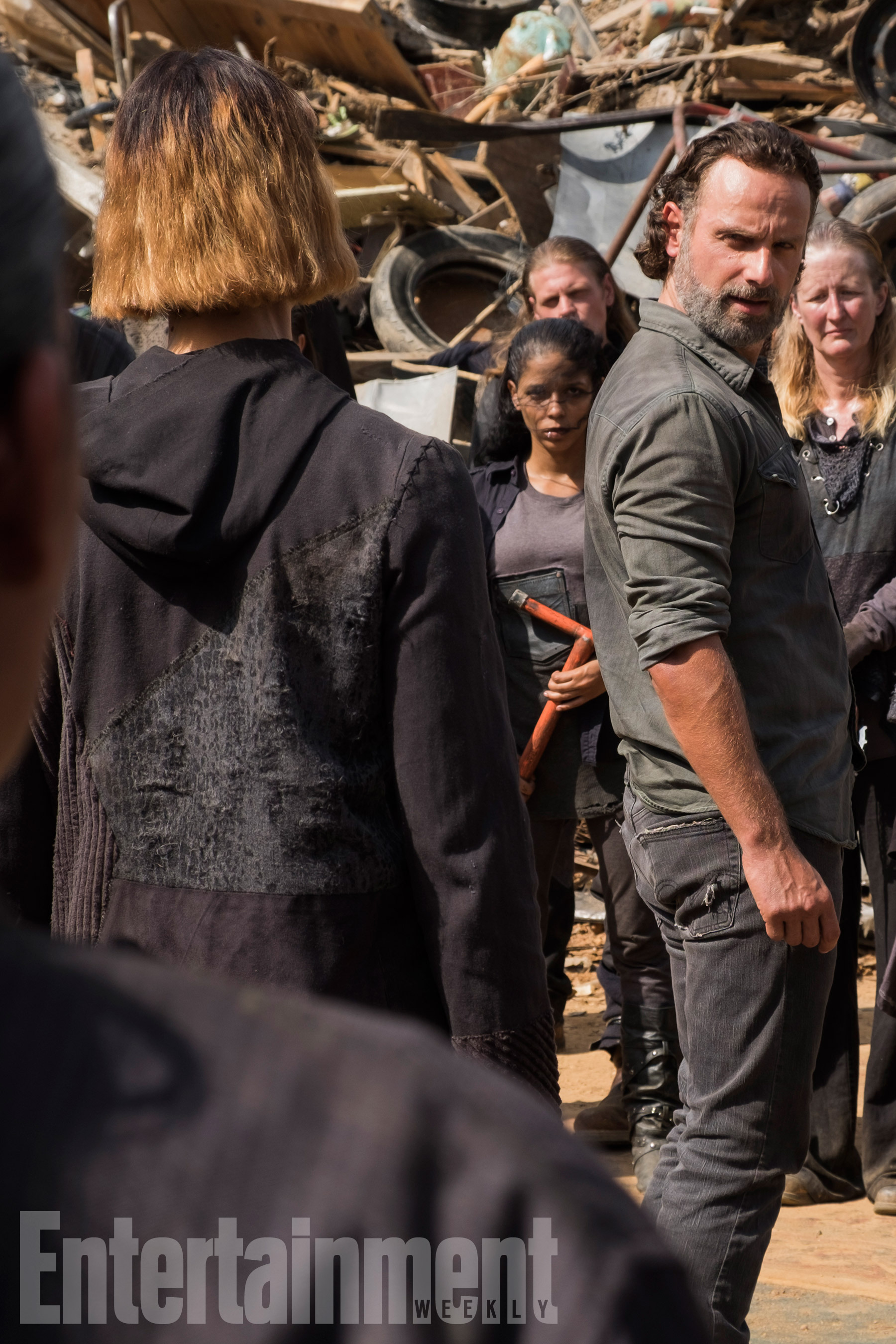 At this point, AMC has yet to release a title for Episode 9, but we know the back half will introduce new characters -- including a few at some kind of junkyard (see pic above) -- and show Rick Grimes trying to rally Hilltop and the Kingdom to join Alexandria to fight Negan and the Saviors.

Gimple told EW "there's definitely unfinished business" with the Oceanside group that Tara met earlier in Season 7, and they will probably end up joining the other communities to fight the Saviors.

EW mentioned a big scene -- and rallying speech -- for Tara in the penultimate Episode 15, so that's something to look forward to. And a couple of actors have already teased the Episode 16 finale as (sexy) one to watch. Danai Gurira (Michonne) shared her own intriguing finale tease with EW: "It is a very powerful way to end the season, and a very heart-stopping one at the same time. It's the heartbreak and the hope all rolled into one episode."

Did 'The Walking Dead' Just Clear Up That Plane Question From Season 7?

Andrew Lincoln: 'The Walking Dead' Season 8 Will 'Be a Lot More Fun'