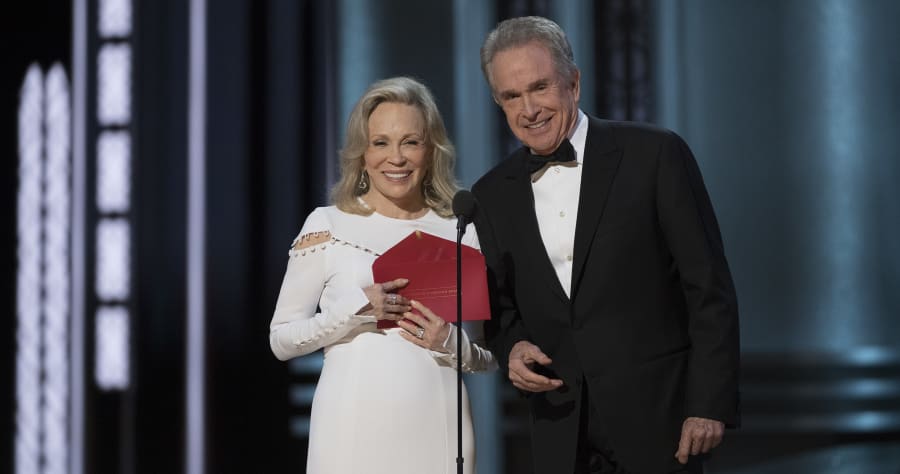 Guess who's back? TMZ reports that Faye Dunaway and Warren Beatty -- who played a pivotal part in last year's huge Oscar snafu -- will be back again to present Best Picture at the 90th Oscars on Sunday.

We knew there'd be jokes galore at the two Oscar winners' expense, but looks like they'll be making those digs themselves.

TMZ reports that the two were spotted rehearsing for Sunday's awards ceremony at the Dolby Theatre.

And "an Oscar insider" even shared the introductory patter they were trying out: Dunaway reportedly said: "Presenting is better the second time around." Beatty then announced "The winner is ... 'Gone with the Wind.""

Ha ha. We'll see if that joke makes it to the real show.

As you recall, the "Bonnie and Clyde" costars were handed the wrong envelope last year. Instead of the Best Picture winner, they got a second envelope for Best Actress, prompting Dunaway to skip over Emma Stone's name and announce that "La La Land" had won Best Picture.

The "La La Land" crew proceeded to give thank-you speeches before the truth came out that "Moonlight" had really won Best Picture.

A number of changes have been made to prevent a similar slip-up, including forbidding the accountants with the top-secret envelopes from doing distracting things like taking pictures and Tweeting from backstage. And, you know, just hand out the right envelopes at the right time.