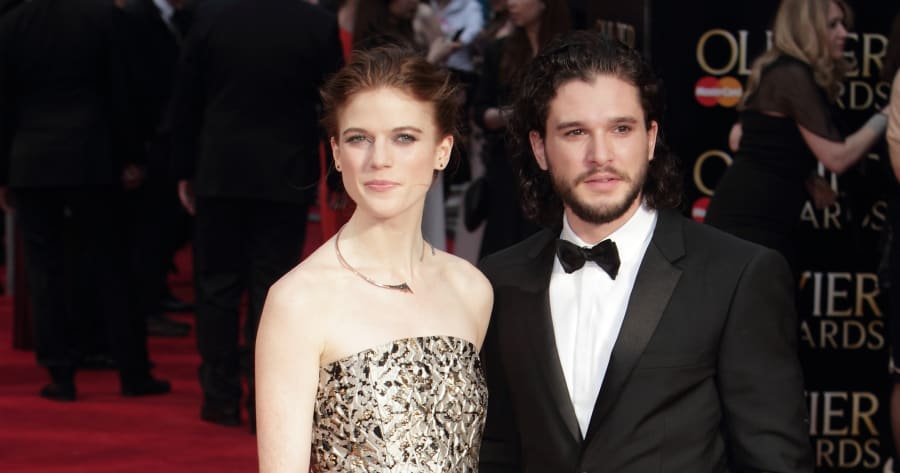 "Game of Thrones" couple Rose Leslie and Kit Harington will be tying the knot on June 23 in Scotland. Possibly in a castle. Probably surrounded by many of their "GoT" costars, past and present. (It better be a big castle.)

According to BBC News, "A 23 June date has been posted at the Huntly registration office in Aberdeenshire. The actress's father, councillor Seb Leslie, owns a castle in his West Garioch constituency."

The couple, who found fame as Jon Snow and Ygritte on the hit HBO fantasy series, got engaged in September 2017.

Harington told L'Uomo Vogue that the three weeks where he and Leslie filmed in Iceland remain his favorite from the show: "Because the country is beautiful, because the Northern Lights are magical, and because it was there that I fell in love." He added, "If you're already attracted to someone, and then they play your love interest in the show, it becomes very easy to fall in love."

While we're not going to make any "red wedding'" jokes (so, nix on red velvet cake?), costar Emilia Clarke told Vanity Fair, "Their wedding is going to be siiiiick."

We're guessing there'll be less fascinators than the Royal Wedding, with more chance of swords and chain mail.

Congrats to the happy couple.

Kit Harington Dressed as Jon Snow for a 'Bad Taste' Party, 'Cause Rose Leslie Made Him

Sofia Carson talks about the dance movie 'Feel the Beat'