Piper talks about mining real life to create Mandy, and how important sound design is to her. 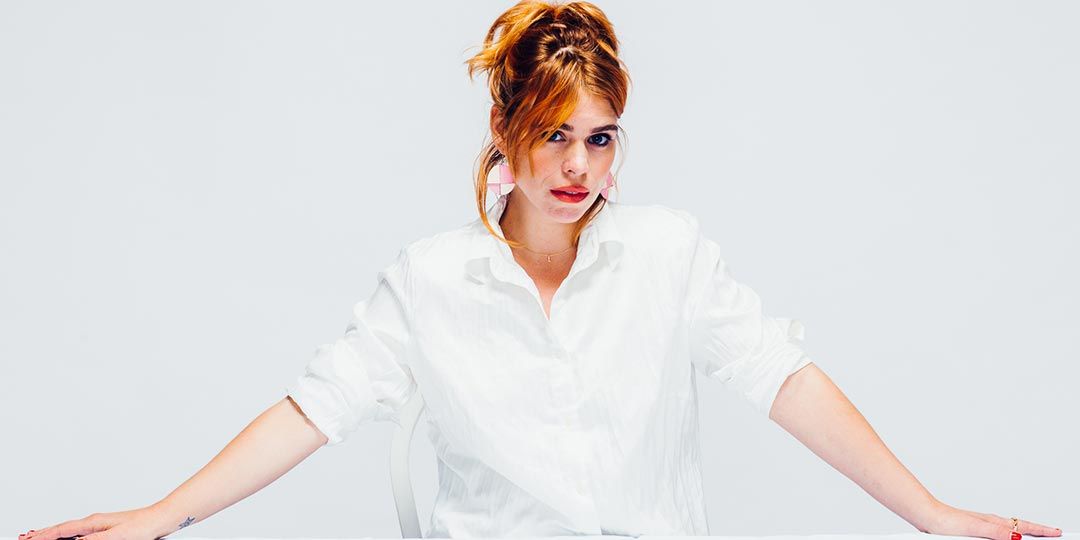 ‘Rare Beasts’ tells the story of Mandy, a working single mother with (as writer/director/star Billie Piper says) a warped sense of romance. This movie is the feature directorial debut for Piper, and she sat down to talk to us about the production.

Moviefone: Could you describe Mandy?

Billie Piper: Yeah. Okay. The Mandy headlines are she is a woman in her 30s, a single mother, a professional woman, and the ultimate nihilist. She's had a troubled time with her parents. Did I say she's a single mom? And she is a woman sort of navigating both modern feminism and modern relationships.

MF: How close is Mandy to Billie Piper? Between this and ‘I Hate Suzie,’ which you also created or co-created, I get the sense that you're really mining some of your own experiences and putting them up on screen to great effect.

Piper: I definitely feel like I'm definitely mining the feelings and the emotions of, I guess, what it feels like to me to be a woman, but I guess the fun comes with re-imagining those feelings and creating new homes and new worlds for them. So it's not, I guess, like a bio peek of my life, it's more like I have experienced intense emotions around this issue, how am I going to dramatize that? That sort of stuff.

So it's sometimes the themes really crossover. All of it is an endeavor to lift the lid on things that we aren't able to talk freely about as women or as men observing women or as men. There's lots of stuff in there that I have lifted from conversations with men I know. Men I love as well, not men I hate, but ones who have been sort of drunk one day telling me the struggles they have with things like financial disparity in a relationship, or the fact that their partner doesn't want to just serve them like their mother did their dad. Just honest conversations, not conversations that always have to end up in some fucking horrible route, a conversation where you can just have it out with a guy having a very different version of events.

MF: One of the things I found really compelling about the movie is this sense of being overwhelmed sometimes, and you really capture this chaotic feel. You make that happen in the editing bay, but what are you doing on set to capture that?

Piper: Oh God, not enough, probably. I mean, I did a lot of stuff and I didn't do massive amounts of coverage at all. And I guess that itself creates anxiety within the scene because if you know that you're really only going to get full takes of anything because you've only got just under five weeks to film it, there is a natural sort of shared anxiety on set amongst the actors within the scenes that I think comes through.

And the thing about doing little coverage is that you sort of stay with someone more, so you're sort of in their head more than you're used to. Normally, you cut back someone's reaction to sort of tell you how to feel about something. So those little things become quite powerful in terms of creating since hysteria and stuff. But, yeah, as you say, the body of that is done in the sound design and the edit which I have to say, I found really, really enjoyable as a process. Certainly, the sound design, I was obsessed with it. I'm obsessed with sound designs in other people's films, and just the sound of things generally. I have a crazy ear for things like music, accents, far off sounds.

MF: That shouldn't be a surprise with your background in music, but there's such an irony that you convey with the sound design, like the rom-com music that's playing when Larch has that meltdown outdoors or the sound design of the noise of the subway when Mandy proposes. When you're putting the script together and planning out the film, do you already have those sound design ideas in mind?

Piper: I did, yeah. Really, I did, but they never felt more important than when I saw a director's cut or a first sort of round of rushes, even. I just thought, oh my God, I'm insisting that we need this extra stuff, like all these add-ons, because it's going to make the difference. The guys who wrote the music, one of the guys happens to be my partner, so we were able to drill a lot of ideas at home, and we have a great shorthand, and he can do pretty much anything.

And we did things with the music. I love it when little things, and this is what the film does a lot, it's when you're having a terrible fight with your partner, a terrible fight, and then really romantic music comes on, it's that throughout the film constantly. And also, what Mandy's warped idea of romance is quite frankly, like mistaking sort of strength for control or control for strength, sorry, that way round. So as much as it's there to sort of entertain, it's also sort of her mental reality, that's how misguided she is.

So yeah, there's loads of that. And some fun facts about the music actually is that the tap dancing we did the guy who was in the office creating that role, the Irish guy who talks about liking this girl who has a slight hunch on her back or something, he's a friend of mine. He was an actor and also an incredible tap dancer, so we recorded him tap dancing and that features throughout the soundtrack. And then our editor sang one of the songs at the end that was written on my bed the day before. It's all pulled together like that.

MF: I ask this because you talked about the feminism in the movie, did you have trouble getting this off the ground? Even though you're the household name, Billie Piper?

Piper: Yeah, I really did. I had so much trouble. I only have like two potential bites and then one full chunk. Yeah. It was really hard because, I mean, you think this film is hard watching it, on paper as a cold read, it's like, "Are you joking? Do you think that that's going to have an audience?" It was people enjoyed it, but they just, weren't going to put their money behind it.