Adam Sandler’s a Basketball Coach in the New ‘Hustle’ Trailer

The movie has sports icon LeBron James as one of its producers. 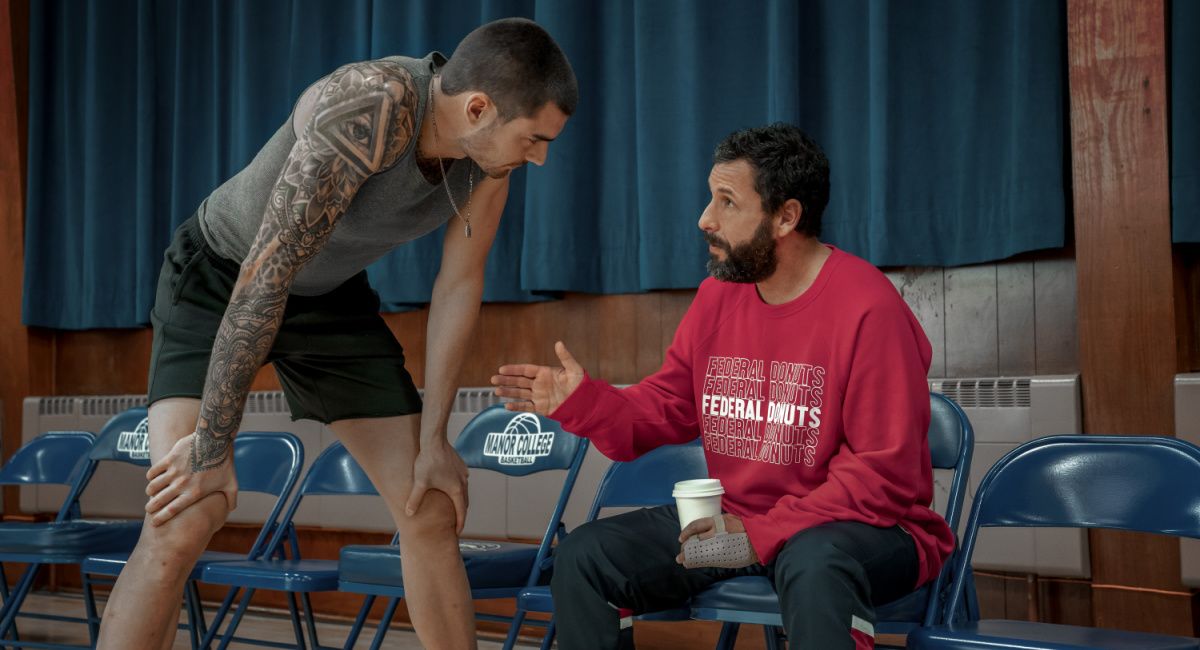 Adam Sandler is a fan of basketball – especially the New York Knicks – and he does sometimes slip the sport into his movies. But ‘Hustle’ marks the first time he’s starring in an entire movie about the subject, and the trailer is now online.

‘Hustle’, directed by Jeremiah Zagar, with a script by Will Fetters and Taylor Materne, is the story of an ambitious basketball scout who takes on a big challenge – one that could boost or shatter his career.

Stanley Sugerman's (Sandler) love for basketball is unparalleled, but the travel weary Philadelphia 76ers scout who has higher ambitions of being a coach remains stuck on the road looking for the next unknown talent.

His search around the world leads him to Spain, when he discovers Bo Cruz (NBA player Juancho Hernangómez), an incredible streetball player with a troubled past. Stanley and Bo connect on and off the court, with their passion for the game and as loving family men who want to prove they can win, in basketball and in life. With the support of Stanley's wife, Teresa (Queen Latifah), can the underdogs come out on top?

Director Zagar earned healthy reviews for his previous movie, ‘We Are the Animals’ and has been working on short films since then. Writer Fetters has worked on movies such as the Oscar-winning 2018 version of ‘A Star is Born’ and romantic dramas ‘The Best of Me’ and ‘The Lucky One’. Materne, meanwhile, has mostly been a producer on movies including ‘The Longest Week’ and has a new basketball documentary, ‘Nothing But Net’, in the works.

One of the biggest players behind the scenes of this one is LeBron James – the basketball icon, veteran of the Cleveland Cavaliers, Miami Heat and Los Angeles Lakers, who has been making big strides in movies while keeping his career on the court moving. The ‘Space Jam: A New Legacy’ star is one of the producers on this movie, and we’re certain he’ll have offered his expertise for the basketball scenes.

This is the latest collaboration between Sandler and streaming service Netflix, and while most of his output for the company has been largely skewed towards his comedy side – ‘Hubie Halloween’, for example, or ‘Murder Mystery’ (which already has a sequel in production – ‘Hustle’ represents more of a grounded blend of dramatic and comedic, though nowhere near as intense as the likes of ‘Uncut Gems’. He also has sci-fi drama ‘Spaceman’, which tells the story of a man raised in the Czech countryside who dreams of becoming the country’s first astronaut.

The likes of Ben Foster, Robert Duvall and Raúl Castillo also star in the film, which arrives on Netflix on June 8th.

The story follows an American basketball scout who is unjustly fired after discovering a once-in-a-lifetime player abroad. The scout decides to bring the player... Read the Plot