A countdown clock and voice-over from the movie accompanies the live-streaming video. The film stars Cillian Murphy, Emily Blunt and many more.

Having famously switched his filmmaking operations to Universal from longtime home Warner Bros. after dissatisfaction with the straight-to-HBO handling of some movies and its treatment of ‘Tenet’, Christopher Nolan has been working away on his next movie, ‘Oppenheimer’.

Universal, naturally, is going all out to promote this one, including with this first, unusual teaser, which features fragments of footage from the film, some voice-over dialogue referring to its subject matter and an ominous countdown clock.

Some have speculated that it’s to the release date – but not in America, as those figures don’t sync up. But with the movie opening in Singapore the day before its Stateside release, it makes more sense.

Nolan here is adapting the Pulitzer Prize-winning book ‘American Prometheus: The Triumph and Tragedy of J. Robert Oppenheimer’ by Kai Bird and the late Martin J. Sherwin. It chronicles how he was part of the infamous Manhattan Project and played a key role in the creation of atomic weapons, yet later came to have complicated feelings about their deadly power. He lobbied for international control of nuclear power and opposed the creation of the even more destructive hydrogen bomb.

Cillian Murphy, a Nolan regular, plays Oppenheimer, who is glimpsed briefly in this first footage. 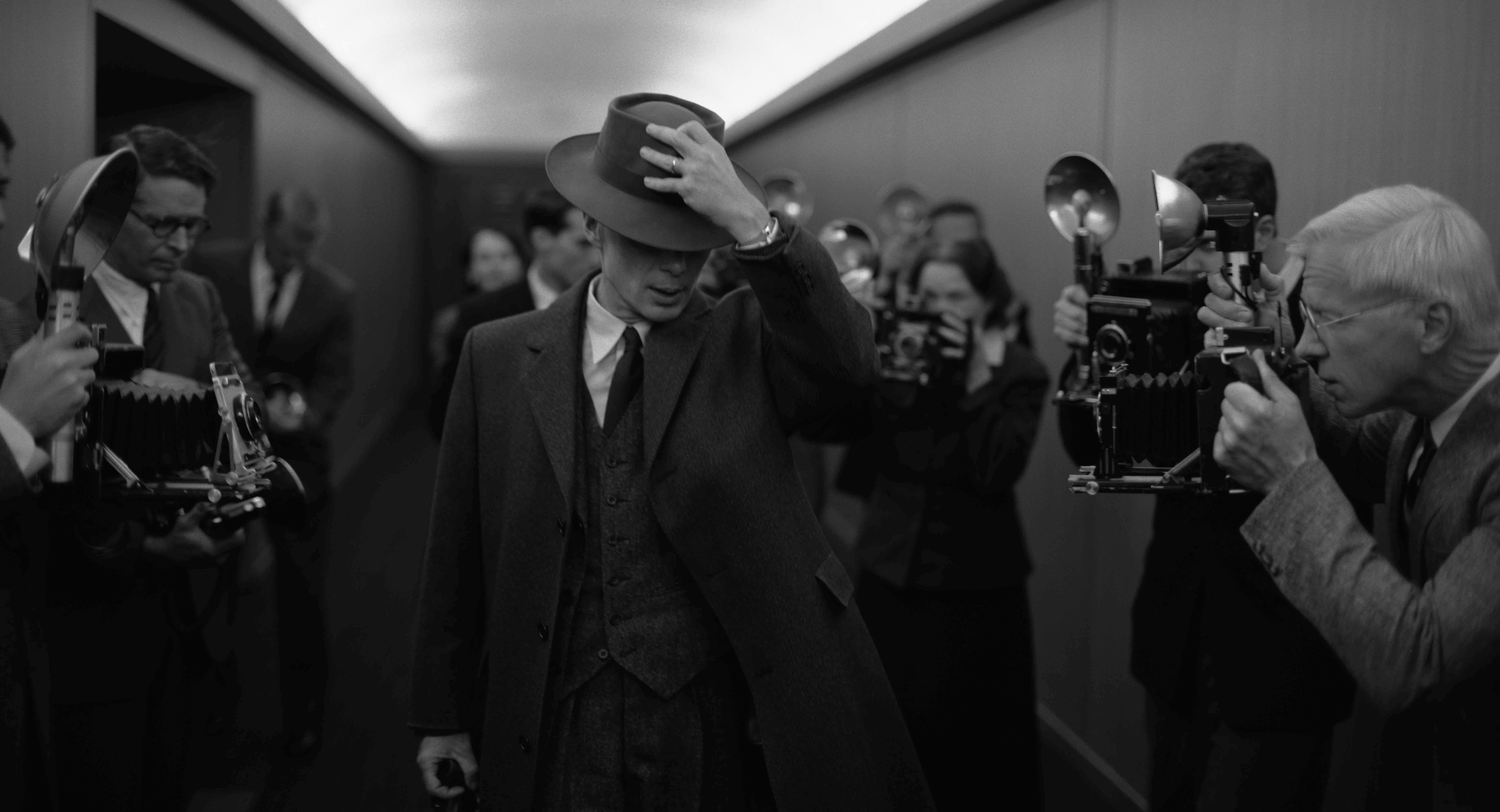 Look, at this point it’s probably easier just to list the people who aren’t in Nolan’s latest. It might be the first end credits crawl in years where the cast runs for a longer time than the effects teams.

‘Oppenheimer’ sees Nolan tackling a historical subject again, and one that surely offers the opportunity for plenty of his terse dialogue and large-canvas visions. It won’t surprise you to learn that it has been shot and be and released on 65mm IMAX and large-format film. Providing the beautiful footage is another repeat Nolan colleague, director of photography Hoyte Van Hoytema, while composer Ludwig Göransson returns after scoring ‘Tenet’. A pulse-pounding biopic thriller with high stakes certainly feels like it could work well for Nolan.

‘Oppenheimer’ will be in theaters here from July 21st.

The story of J. Robert Oppenheimer’s role in the development of the atomic bomb during World War II. Read the Plot