Moviefone speaks with Rafe Spall and Esther Smith about the third season of the Apple TV+ series ‘Trying.’ "We love playing these characters," said Spall.

Premiering July 22nd on Apple TV+ is the third season of the popular series ‘Trying.’

The series stars Rafe Spall (‘Jurassic World: Fallen Kingdom’) and Esther Smith (‘Black Mirror’) as Jason and Nikki Newman, a couple trying to have a baby that ultimately decide to adopt.

Moviefone recently had the pleasure of speaking with Rafe Spall and Esther Smith about their work on the third season of ‘Trying,’ adoption, and how parenting affects Jason and Nikki’s relationship. 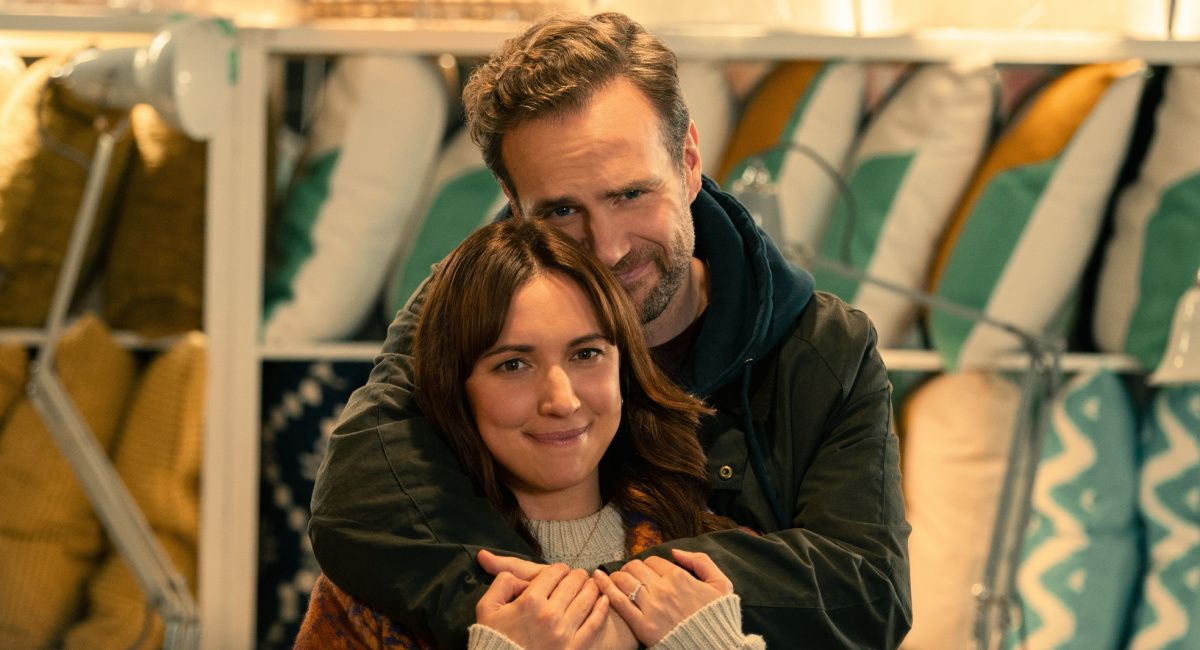 You can read the full interview below or click on the video player above to watch our interview with Rafe Spall and Esther Smith about season three of ‘Trying.’

Moviefone: To begin with, what can fans expect from season three of ‘Trying?’

So, we then have 12 weeks to convince the local authority that we can give a home to two kids, even though our apartment's not big enough, we don't earn enough money, and all of those things. But the thing that we do have is love, hope, affection, and warmth, which I think are also themes of the show.

MF: Esther, how is Nikki handling being a parent this season?

Esther Smith: I think she had her own expectations of the kind of parent that she would be, and it's not necessarily matched up with that. So, it's obviously such a pressure cooker situation because it's 12 weeks to prove that they are able to not just look after one child, but to be approved for two. So, adding that into the mix, but also the reality of being a parent for her, I think she's struggling with it because she just so desperately wants it.

It also then throws in other things. The tension between her and Jason, and the differing ways that they both parent, the tensions that might create. Which also does make for a wonderful landscape for a lot of humor as well within that. But the stakes are really high for them at this point. It feels like they're always high for them, but now they are so close to getting it that it feels like it would be a further fall if it wasn't to happen.

MF: Rafe, Jason really steps up as a father this season, can you talk about that?

RS: We never know how we're going to deal with a situation until it's presented to us, whether that's a traumatic situation, an emergency situation or a mix of both, which is adopting two kids. You never know how you're going to be as a parent until it happens to you. But yeah, he does have a quite sanguine approach to it. He's a good dad, and he's a good guy. I like him very much, but I'm biased.

We love playing these characters because we've done it for the last three years now and they're sort of extensions of us in a way. They're quite similar to us. So, it's lovely to do it. I was excited to see what he was like as a dad.

MF: Finally, can you both talk about how the adoption has affected Jason and Nikki’s relationship?

RS: I think it's tough. I think it's difficult. Because when you really hope for something and you get it, the thing that you've hoped for doesn't often meet your expectation of it. So, the thing that you put all of your energy into trying to get, once you get it, it might not be as you had imagined. Here they're trying to bond with kids who have got their own personalities and have not been with them since they were babies. When you've got a new focus in your relationship like that, obviously it's going to create tension in the couple and they do argue.

I think that's one of the things that's great about the show is that most couples fall out sometimes. That can sometimes be what defines you as a couple. It's how you deal with trauma, falling out, and disagreements. It's how you come back from those. If you do it right, it deepens your relationship. I think that that is kind of what's happening with these guys. What do you think?

ES: No, I think that. But that's tested time and time again, and the fact that they come back from these things stronger is just a real proof of their love for each other. They are incredibly strong and there are moments and particularly in this series, there is one particular moment where it feels like, "Oh, okay, maybe they might not come back from this?" But they do. They always do. That's so lovely, because I think you do just root for them as a couple. They have had so much thrown at them during this time. But also, that just shows that they are resilient, like in series one. That's what they needed to prove.