The movie, focused on Dolph Lundgren’s Ivan Drago will now see a script by Lawton, who broke through with a screenplay about the making of ‘Rocky’. 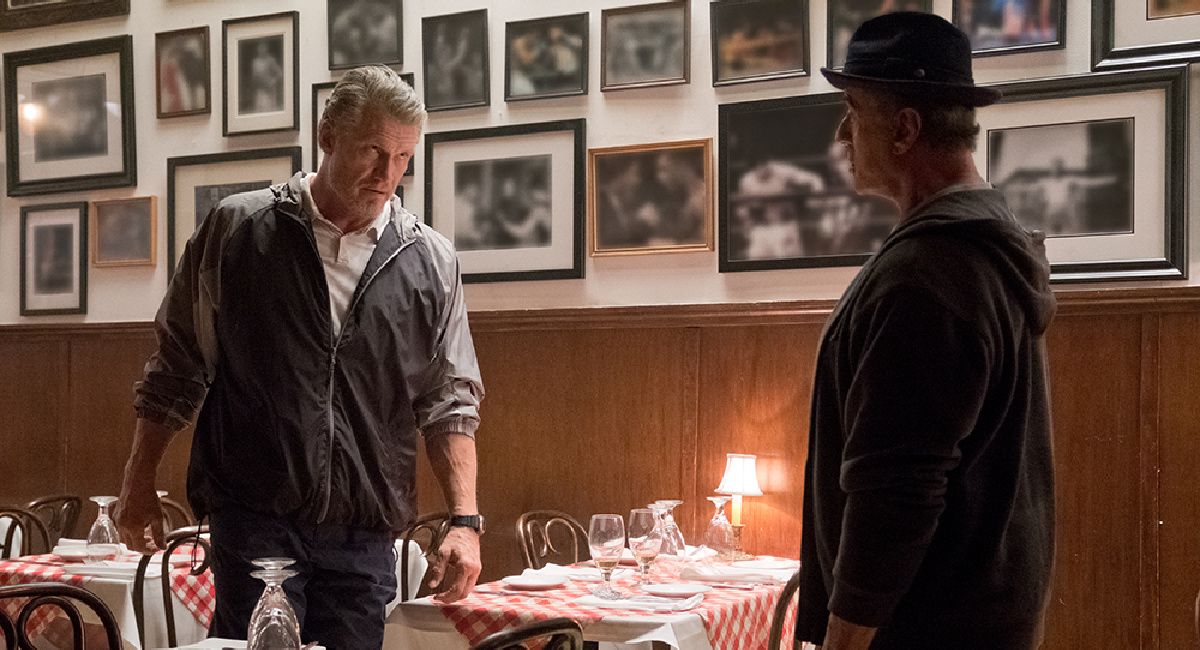 This is less breaking news and more “I must break you” news.

Given how successful the two ‘Creed’ movies – which continue the story of the ‘Rocky’ films while focusing on Adonis Johnson (Michael B. Jordan), the son of Apollo Creed, as so memorably played by Carl Weathers in the 1970s and ‘80s – it’s not surprising that studio MGM might be considering spin-offs.

Word arrives today that just such an idea, a movie based around Dolph Lundgren’s Ivan Drago, is moving to the script stage.

Drago, of course, was the hulking Russian antagonist in 1985’s ‘Rocky IV,’ (who kills Apollo Creed, the fiend). Continuing the family theme, his son Viktor Drago (Florian Munteanu) was the threat to Adonis in 2018’s ‘Creed II’.

Lundgren himself acted as hype man for a Drago movie back in November last year when talking to The Hollywood Reporter. After admitting his disappointment that a fan-pleasing fight with Sylvester Stallone’s Rocky Balboa hit the cutting room floor from ‘Creed II’, he teased seeing more of Drago: “I think there’s some talk about doing a whole spinoff on Drago with MGM. So you may get more of that.”

According to The Wrap, Robert Lawton is now on board to write the script for the new movie. He reportedly impressed executives with his spec screenplay ‘Becoming Rocky’ which chronicled the behind-the-scenes efforts to make the 1976 original.

And he had an idea for a Drago-centric movie that excited MGM’s team enough to score him the job. No details have emerged about what that story might be, but there is plenty of scope for more of Drago and potentially Viktor’s story to be told.

Now we wait to see whether the bell rings on this one and if a director steps aboard to guide it out of the development dressing room.

There is related, and not so good news about the next iteration of the main ‘Creed’ franchise, though chances are it’s more to give the movie time to be finished.

Star Jordan – who once again leads the cast as Adonis – stepped up to direct this latest movie, but while it was targeting a November 23rd release date until recently, it is now on the move to March 3rd next year.

And that’s not exactly a prime position to be in, since it puts ‘Creed III’ in the ring with Paramount’s big fantasy adventure ‘Dungeons & Dragons: Honor Among Thieves’, which had a warm reception (for its trailer, at least) at last weekend’s Comic-Con.

And this ‘Creed’ will be without possibly its heaviest hitter besides Jordan, as this is the first in the new series not to include Stallone.

Holiday Movie Guide 2018: Every Movie You Should See Over Christmas Break