Will Smith took to his YouTube channel to answer questions about slapping Chris Rock at the Oscars after the comedian joked about Smith’s wife.

The “slap heard about the world” continues to resonate with repercussions.

Months after March 27th’s Academy Awards, people are still talking about the incident between comedian/actor Chris Rock and movie star Will Smith.

While the Oscars had been proceeding normally – the first full, in-person ceremony since the pandemic began – events took a turn when Chris Rock arrived on stage to present Best Documentary and in his presenter’s remarks made a joke about Jada Pinkett Smith’s shaved head.

Seemingly unaware that Pinkett smith had been dealing with alopecia for years, Rock made a joke comparing her to the main character in ‘G.I. Jane’ and, after briefly laughing, Will Smith got to his feet, marched on stage and slapped Rock. As he retook his seat, Smith yelled, “keep my wife’s name out of your f*****g mouth”, stunning the audience that might have thought it was a comedy bit set up by the Academy, its writers and the two performers.

Smith would go on to win Best Actor for ‘King Richard’ that same evening, but the fallout has included Smith leaving the Academy (and the organization banning him from its events for a decade) and Smith largely staying quiet, out of the public eye. 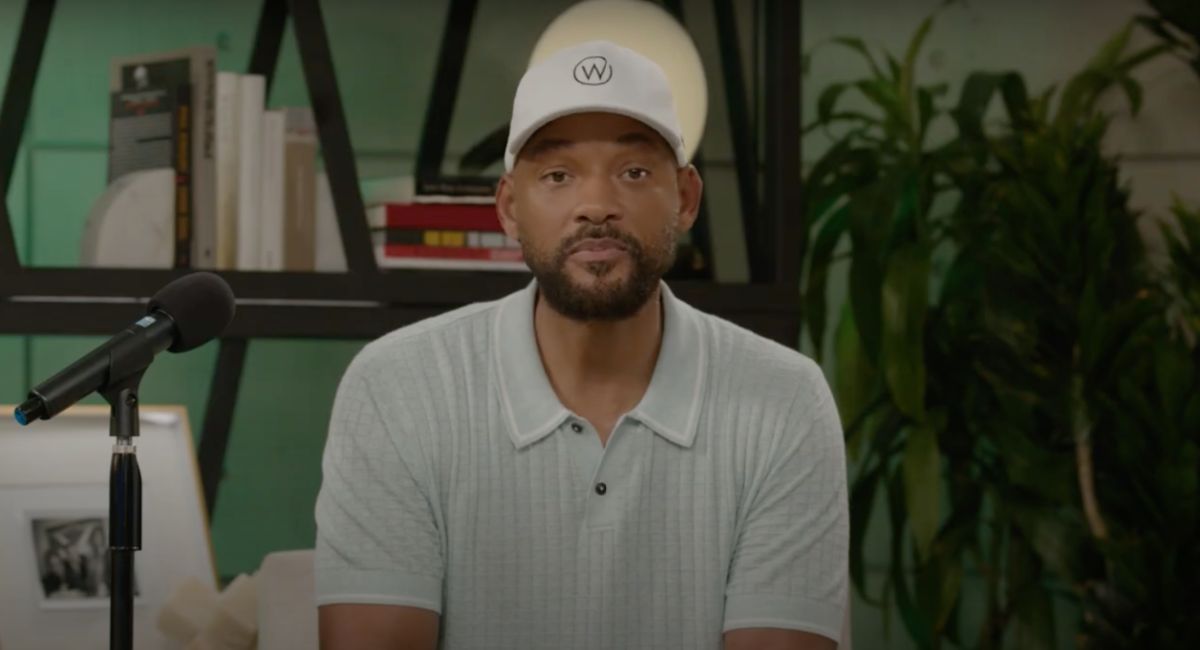 He has returned via his YouTube channel, answering questions about the event. And, in one particular segment, he apologized to Rock and his family.

“I was fogged out by that point. It is all fuzzy. I’ve reached out to Chris and the message that came back is that he’s not ready to talk. When he is, he will reach out. I will say to you, Chris, I apologize to you. My behavior was unacceptable and I am here whenever you are ready to talk. I want to apologize to Chris’s mother. I saw an interview she did, and that was one of the things I just didn’t realize. I wasn’t thinking, but how many people got hurt in that moment.”

“I want to apologize to Chris’ mother, I want to apologize to Chris’s family, specifically Tony Rock. We had a great relationship. Tony Rock was my man. This is probably irreparable. I spent the last three months replaying and understanding the nuance and complexity of what happened in that moment. I’m not going to try to unpack all of that right now, but I can say to all of you, there is no part of me that thinks that was the right way to behave in that moment. No part of me that thinks that is the optimal way to handle a feeling of disrespect or insult.”

Smith also covered whether Pinkett Smith prompted him to act: “No. I made a choice on my own, from my own experience, and my history with Chris. Jada had nothing to do with it. I’m sorry, babe, and I want to say sorry to my kids and my family for the heat that I brought on all of us.”

Finally, he offered his perspective and what he intends to do now. “Two things. One, disappointing people is my central trauma. I hate when I let people down, so it hurts me psychologically and emotionally that I didn’t live up to peoples’ image and impression of me,” he admits.

“The work I am trying to do is, I am deeply remorseful and I’m trying to be remorseful without being ashamed of myself. I’m human and I made a mistake and I’m trying not to think of myself as a piece of shit so I would say to those people, I know it was confusing, I know it was shocking, but I promise you I am deeply devoted and committed to putting light and love and joy into the world,” Smith continues. “If you hang on, I promise we will be able to be friends again.”