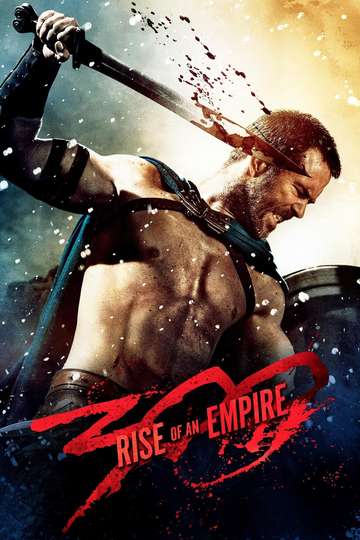 Need to watch '300: Rise of an Empire' on your TV or mobile device at home? Finding a streaming service to buy, rent, download, or watch the Noam Murro-directed movie via subscription can be a huge pain, so we here at Moviefone want to do right by you.

Read on for a listing of streaming and cable services - including rental, purchase, and subscription options - along with the availability of '300: Rise of an Empire' on each platform when they are available. Now, before we get into all the details of how you can watch '300: Rise of an Empire' right now, here are some specifics about the Warner Bros. Pictures, Legendary Pictures, Hollywood Gang Productions, Atmosphere Entertainment MM, Nimar Studios, Cruel & Unusual Films war flick.

Curious to know what the movie's about? Here's the plot: "Greek general Themistokles attempts to unite all of Greece by leading the charge that will change the course of the war. Themistokles faces the massive invading Persian forces led by mortal-turned-god, Xerxes and Artemesia, the vengeful commander of the Persian navy."

After Earth
"Danger is real, fear is a choice"

Need for Speed
"For honor. For love. For redemption."

Noah
"The end of the world is just the beginning."

Dawn of the Planet of the Apes
"One last chance for peace."

X-Men: Days of Future Past
"To save the future, they must alter the past."

Godzilla
"The world ends, Godzilla begins."
The Legend of Hercules
"Every man has a destiny."

Transformers: Age of Extinction
"This is not war, it's extinction."

Hercules
"Before he was a legend, he was a man."

The Hobbit: The Desolation of Smaug
"Beyond darkness... beyond desolation... lies the greatest danger of all."

Ender's Game
"This is not a game."

Non-Stop
"The hijacking was just the beginning."

Elysium
"He can save us all."

Dracula Untold
"Every bloodline has a beginning"

Pompeii
"No warning. No escape."

RoboCop
"We've got the future under control."

47 Ronin
"For courage. For loyalty. For honor."