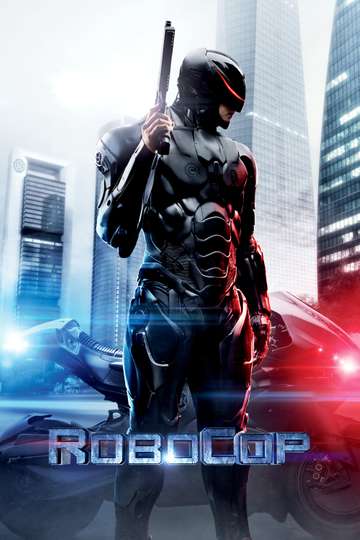 "We've got the future under control."
TMDb Score
58
PG-13 1 hr 58 minFeb 12th, 2014Science Fiction, Action
In RoboCop, the year is 2028 and multinational conglomerate OmniCorp is at the center of robot technology. Overseas, their drones have been used by the military for years, but have been forbidden for law enforcement in America. Now OmniCorp wants to bring their controversial technology to the home front, and they see a golden opportunity to do it. When Alex Murphy – a loving husband, father and good cop doing his best to stem the tide of crime and corruption in Detroit – is critically injured, OmniCorp sees their chance to build a part-man, part-robot police officer. OmniCorp envisions a RoboCop in every city and even more billions for their shareholders, but they never counted on one thing: there is still a man inside the machine.
Show More
DirectorJosÃ© Padilha
StarringJoel KinnamanGary OldmanMichael Keaton The Wolverine
Wolverine faces his ultimate nemesis - and tests of his physical, emot...

Hercules
Fourteen hundred years ago, a tormented soul walked the earth that was...

Godzilla
Ford Brody, a Navy bomb expert, has just reunited with his family in S...

X-Men: Days of Future Past
The ultimate X-Men ensemble fights a war for the survival of the speci...

Riddick
Betrayed by his own kind and left for dead on a desolate planet, Riddi...