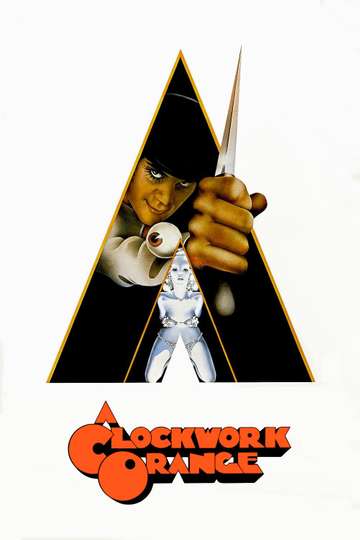 Want to watch 'A Clockwork Orange' on your TV or mobile device at home? Discovering a streaming service to buy, rent, download, or watch the Stanley Kubrick-directed movie via subscription can be confusing, so we here at Moviefone want to do the heavy lifting.

We've listed a number of streaming and cable services - including rental, purchase, and subscription options - along with the availability of 'A Clockwork Orange' on each platform. Now, before we get into the fundamentals of how you can watch 'A Clockwork Orange' right now, here are some specifics about the Warner Bros. Pictures, Hawk Films science fiction flick.

Released December 19th, 1971, 'A Clockwork Orange' stars Malcolm McDowell, Patrick Magee, Adrienne Corri, Michael Bates The R movie has a runtime of about 2 hr 17 min, and received a user score of 82 (out of 100) on TMDb, which put together reviews from 10,085 knowledgeable users.

Curious to know what the movie's about? Here's the plot: "In a near-future Britain, young Alexander DeLarge and his pals get their kicks beating and raping anyone they please. When not destroying the lives of others, Alex swoons to the music of Beethoven. The state, eager to crack down on juvenile crime, gives an incarcerated Alex the option to undergo an invasive procedure that'll rob him of all personal agency. In a time when conscience is a commodity, can Alex change his tune?"

One Flew Over the Cuckoo's Nest
While serving time for insanity at a state mental hospital, implacable...

The Silence of the Lambs
Clarice Starling is a top student at the FBI's training academy. Jack...

Kill Bill: Vol. 1
An assassin is shot by her ruthless employer, Bill, and other members...