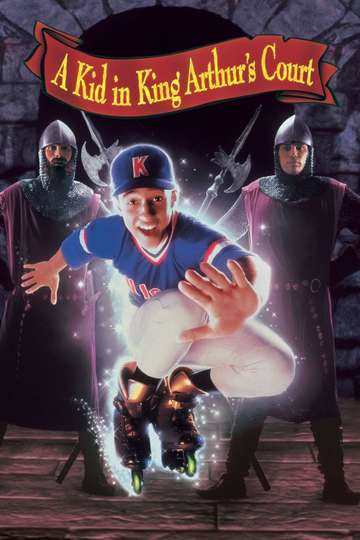 A Kid in King Arthur's Court (1995)Stream and Watch Online

Want to watch 'A Kid in King Arthur's Court' on your TV, phone, or tablet? Tracking down a streaming service to buy, rent, download, or watch the Michael Gottlieb-directed movie via subscription can be confusing, so we here at Moviefone want to do the heavy lifting.

Read on for a listing of streaming and cable services - including rental, purchase, and subscription alternatives - along with the availability of 'A Kid in King Arthur's Court' on each platform when they are available. Now, before we get into the various whats and wheres of how you can watch 'A Kid in King Arthur's Court' right now, here are some particulars about the Walt Disney Pictures, Tapestry Films, Trimark Pictures comedy flick.

Released August 11th, 1995, 'A Kid in King Arthur's Court' stars Thomas Ian Nicholas, Joss Ackland, Art Malik, Daniel Craig The PG movie has a runtime of about 1 hr 29 min, and received a user score of 49 (out of 100) on TMDb, which collated reviews from 139 knowledgeable users.

Interested in knowing what the movie's about? Here's the plot: "A Southern California kid named Calvin Fuller is magically transported to the medieval kingdom of Camelot through a crack in the ground caused by an earthquake. Once there, he learns he was summoned by the wizard Merlin, who needs Calvin to save Camelot. Using dazzling modern inventions, can Calvin help King Arthur retain his crown and thwart the evil Lord Belasco?"

Creation
Monkeybone
"If it yells, if it swings, it's got to be Monkeybone!"

The Pink Panther
"Pardon His French."
George of the Jungle
"Watch out!"
The Adventures of Rocky & Bullwinkle
"This summer it's not the same old bull."
Dunston Checks In
"He's about to turn a Five Star Hotel into a three ring circus."

Fanboys
"Never tell them the odds."
D3: The Mighty Ducks
"No Fear. No Limits. No Brakes. Just Ducks."
Don't Be Afraid of the Dark
"Fear is never just make believe"
Return of Django
The Trigger Effect
"When Nothing Works, Anything Goes."
First Knight
"Their greatest battle would be for her love."
Tutto molto bello
The Big Green
"The biggest kick of the year!"

What Just Happened
"Admit nothing."
Flipper
"This summer it's finally safe to go back in the water."

Wild Hogs
"A lot can happen on the road to nowhere."

Free Birds
"Hang On To Your Nuggets"
The Black Hole
"A journey that begins where everything ends!"

Rise
"A king will come from across the sea."
D2: The Mighty Ducks
"The Puck Stops Here!"