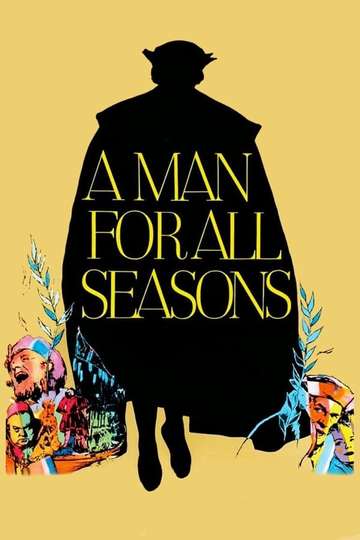 A Man for All Seasons (1966)Stream and Watch Online

Looking to watch 'A Man for All Seasons' on your TV or mobile device at home? Searching for a streaming service to buy, rent, download, or view the Fred Zinnemann-directed movie via subscription can be a challenge, so we here at Moviefone want to take the pressure off.

We've listed a number of streaming and cable services - including rental, purchase, and subscription choices - along with the availability of 'A Man for All Seasons' on each platform. Now, before we get into the nitty-gritty of how you can watch 'A Man for All Seasons' right now, here are some finer points about the Highland Films, Columbia Pictures drama flick.

Released December 12th, 1966, 'A Man for All Seasons' stars Paul Scofield, Wendy Hiller, Leo McKern, Robert Shaw The G movie has a runtime of about 2 hr, and received a user score of 74 (out of 100) on TMDb, which collated reviews from 294 knowledgeable users.

Interested in knowing what the movie's about? Here's the plot: "A depiction of the conflict between King Henry VIII of England and his Lord Chancellor, Sir Thomas More, who refuses to swear the Oath of Supremacy declaring Henry Supreme Head of the Church in England."

'A Man for All Seasons' is currently available to rent, purchase, or stream via subscription on Spectrum On Demand, Google Play Movies, Vudu, Amazon Video, AMC on Demand, Microsoft Store, YouTube, Apple iTunes, DIRECTV, and Redbox .

Gigi
A home, a motorcar, servants, the latest fashions: the most eligible a...

My Fair Lady
A snobbish phonetics professor agrees to a wager that he can take a fl...

How Green Was My Valley
At the turn of the century in a Welsh mining village, the Morgans (he...

The Best Years of Our Lives
It's the hope that sustains the spirit of every GI: the dream of the d...