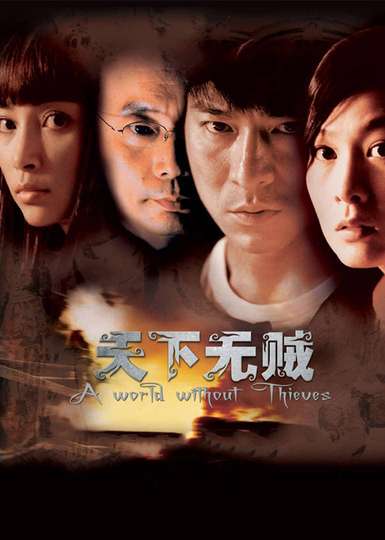 A World Without Thieves

TMDb Score
70
NR 1 hr 53 minDrama, Action
Two grifters, Wang Bo and Wang Li, a couple who've been arguing, board a train in rural China. He wants to fleece a peasant, nicknamed Dumbo for his naiveté, who's carrying 60,000 yuan and trusts everyone. She wants to protect the hick kid, an act of expiation brought on by prayer and a visit to a temple. Also on board are one of more sets of thieves, including a calculating boss and his femme fatale. The boss wants to recruit Wang Bo, and a series of contests ensue, with the potential of turning deadly. While Li guards Dumbo from Bo and the others, can she and Bo sort out their relationship? And can Dumbo's simple spirituality touch anyone else?
Show More
DirectorFeng Xiaogang
StarringAndy LauRenÃ© LiuGordon Lam
Movie DetailsWhere to WatchFull Cast & Crew

Cell Phone
Written by Liu Zhenyun, based on his own novel of the same title, the...

Hail the Judge
Pao Lung-Sing, a descendant of the famous Judge Pao Ching Tient, is a...

Tricky Brains
A trickster-for-hire, known as the Tricky Expert, is hired to ruin the...

Farewell My Concubine
Abandoned by his prostitute mother in 1920, Douzi was raised by a thea...

Crazy Stone
Three thieves try to steal a valuable jade that is tightly guarded by...

The Warlords
A heroic tale of three blood brothers and their struggle in the midst...