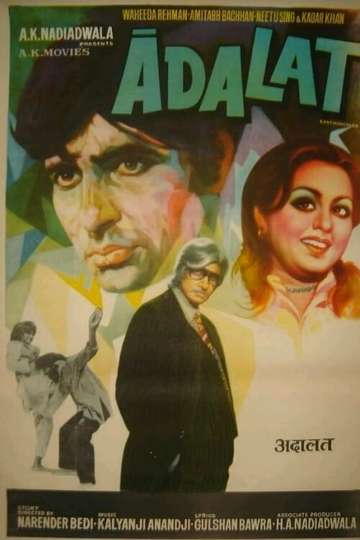 TMDb Score
70
NR 2 hr 26 minAction, Drama
Village bred farmer, brave, and honest, Dharamchand alias Dharma is thrilled when his wife, Radha, gives birth to a baby boy, who they decide to call Raju. Dharma comes to the rescue of Ajit, Suresh, and Sujit, when they are being attacked by a tiger, and they graciously offer him a job in Bombay whenever he needs it. When the region experiences drought, Dharma, Radha, Raju and Dharma's sister, Laxmi, re-locate to Bombay, where Ajit makes Dharma the Manager of his warehouse. Dharma does his job diligently, but one day is arrested by the police for carrying on illegal activities. When in court, he tries to prove his innocence, but is disbelieved and is sentenced to 18 months in jail plus an additional six months for contempt of court. When he returns home, everything has changed. His wife and Raju are near destitution; Laxmi has been raped by Sujit and has killed herself.
Show More
DirectorNarendra Bedi
StarringHarbans Darshan M. AroraAmitabh BachchanBirbal
Full Cast & Crew