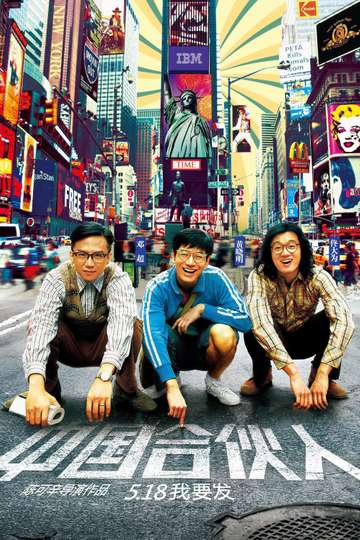 TMDb Score
67
NR 1 hr 52 minDrama
During the economic reform period of the 80’s, three undergraduates bind together by a common ambition – to live the American dream. They are Cheng Dongqing, a hillbilly who refuses to accept his destiny of being a farmer; Meng Xiaojun, a self-confident, cynical intellectual; and Wang Yang, an idealistic romantic poet. Xiaojun is the first to obtain an US Visa for studying abroad. Yang follows but decides to remain in China for his beloved. Poor Dongqing is rejected by the US Embassy repeatedly. Baffled, he reluctantly accepts the job as an English instructor in the university but eventually gets fired for teaching tutorial classes in private. Across the Pacific, Xiaojun fails to find a decent job and is driven to work as a busboy in a diner.
Show More
DirectorPeter Chan
StarringHuang XiaomingDeng ChaoTong Dawei
Movie DetailsFull Cast & Crew

Love Is Not Blind
Xiaoxian’s life is right on track. She has a steady job at an upscale...

The Continent
A road movie that follows three young men yearning after their ideals.

Let the Bullets Fly
Set in China during the Warlords Period of the 1920s, notorious bandit...

So Young
On the brink of the 90s, 18-year-old Zheng Wei steps into her universi...

The Dream Factory
Four friends come up with an unusual idea to make some money and have...

Mojin: The Lost Legend
At the beginning of the 1990s, famous tomb explorer Hu Bayi decided to...