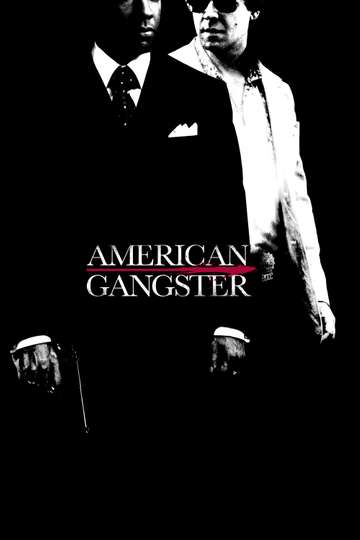 Looking to watch 'American Gangster' on your TV, phone, or tablet? Discovering a streaming service to buy, rent, download, or view the Ridley Scott-directed movie via subscription can be difficult, so we here at Moviefone want to do the work for you.

Below, you’ll find a number of top-tier streaming and cable services - including rental, purchase, and subscription alternatives - along with the availability of 'American Gangster' on each platform. Now, before we get into the fundamentals of how you can watch 'American Gangster' right now, here are some particulars about the Film Rites, Imagine Entertainment, Universal Pictures, Scott Free Productions, Relativity Media crime flick.

Released November 2nd, 2007, 'American Gangster' stars Denzel Washington, Russell Crowe, Chiwetel Ejiofor, Josh Brolin The NR movie has a runtime of about 2 hr 37 min, and received a user score of 76 (out of 100) on TMDb, which collated reviews from 4,164 experienced users.

Interested in knowing what the movie's about? Here's the plot: "Following the death of his employer and mentor, Bumpy Johnson, Frank Lucas establishes himself as the number one importer of heroin in the Harlem district of Manhattan. He does so by buying heroin directly from the source in South East Asia and he comes up with a unique way of importing the drugs into the United States. Partly based on a true story."

Donnie Brasco
An FBI undercover agent infilitrates the mob and finds himself identif...

Blood Diamond
An ex-mercenary turned smuggler. A Mende fisherman. Amid the explosive...

No Country for Old Men
Llewelyn Moss stumbles upon dead bodies, $2 million and a hoard of her...

Déjà Vu
Called in to recover evidence in the aftermath of a horrific explosion...