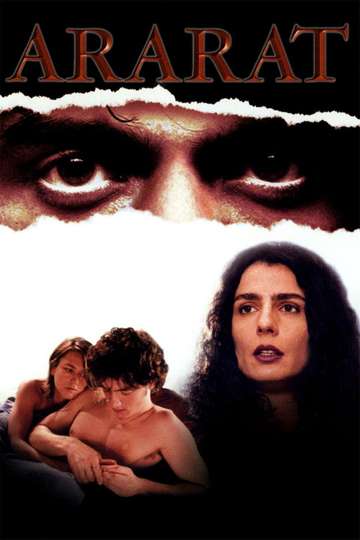 Yearning to watch 'Ararat' on your TV or mobile device at home? Tracking down a streaming service to buy, rent, download, or watch the Atom Egoyan-directed movie via subscription can be confusing, so we here at Moviefone want to help you out.

Read on for a listing of streaming and cable services - including rental, purchase, and subscription options - along with the availability of 'Ararat' on each platform. Now, before we get into the fundamentals of how you can watch 'Ararat' right now, here are some finer points about the Ego Film Arts, Alliance Atlantis Communications, Serendipity Point Films drama flick.

Released May 20th, 2002, 'Ararat' stars Simon Abkarian, Charles Aznavour, Christopher Plummer, ArsinÃ©e Khanjian The movie has a runtime of about 1 hr 55 min, and received a user score of 66 (out of 100) on TMDb, which assembled reviews from 61 respected users.

Curious to know what the movie's about? Here's the plot: "A variety of characters, some close relatives, others distant strangers, are each affected by the making of a film about the Armenian Genocide of 1915."

45 Years
There is just one week until Kate Mercer's 45th wedding anniversary an...

The Age of Innocence
Tale of 19th century New York high society in which a young lawyer fal...

4 Months, 3 Weeks and 2 Days
Two college roommates have 24 hours to make the ultimate choice as the...

Rabbit-Proof Fence
In 1931, three Aboriginal girls escape after being plucked from their...

Waking Ned
When a lottery winner dies of shock, his fellow townsfolk attempt to c...

The Adventures of Priscilla, Queen of the Desert
Two drag queens and a transgender woman contract to perform a drag sho...

Rachel Getting Married
A young woman who has been in and out from rehab for the past 10 years...