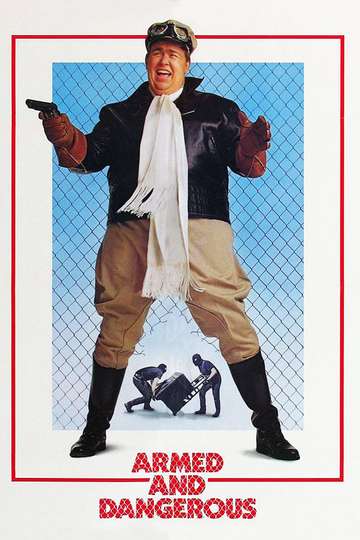 Looking to watch 'Armed and Dangerous' on your TV, phone, or tablet? Finding a streaming service to buy, rent, download, or view the Mark L. Lester-directed movie via subscription can be tricky, so we here at Moviefone want to take the pressure off.

Below, you'll find a number of top-tier streaming and cable services - including rental, purchase, and subscription choices - along with the availability of 'Armed and Dangerous' on each platform when they are available. Now, before we get into the nitty-gritty of how you can watch 'Armed and Dangerous' right now, here are some specifics about the Columbia Pictures, Delphi V Productions, Frostbacks crime flick.

Released August 15th, 1986, 'Armed and Dangerous' stars John Candy, Eugene Levy, Robert Loggia, Kenneth McMillan The PG-13 movie has a runtime of about 1 hr 28 min, and received a user score of 56 (out of 100) on TMDb, which assembled reviews from 133 well-known users.

You probably already know what the movie's about, but just in case... Here's the plot: "After policeman Frank Dooley is framed for theft and loses his job on the force, he joins a security guard agency and teams up with inept former defense lawyer Norman Kane. When the two botch a job guarding a local warehouse, they begin to uncover corruption within the company and their union."

¡Three Amigos!
"They're Down On Their Luck And Up To Their Necks In Senoritas, Margaritas, Banditos And Bullets!"